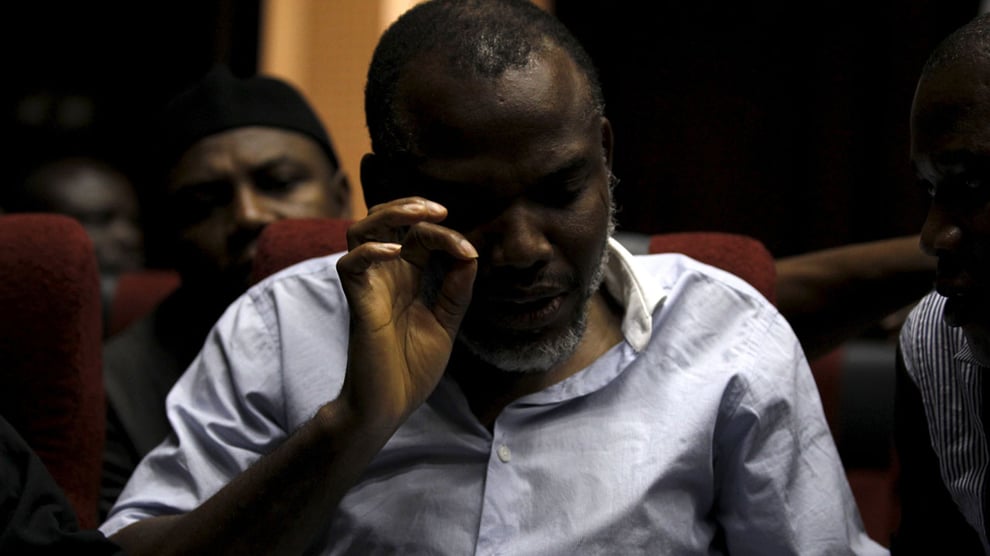 Nnamdi Kanu’s lawyers claim that the IPOB leader is receiving harsh treatment while in custody and that his health is getting worse.

In a letter to the European Union on Wednesday, Kanu’s Special Counsel, Aloy Ejimakor, raised the issue.

While urging the union to intervene, Ejimakor added that the federal government would listen to a plea from them.

He also called on the EU to urge the federal government to stop further prosecution of the IPOB leader.

“We the solicitors of Nnamdi Kanu on whose behalf and instruction we hereby most respectfully request for the urgent intervention of the European Union Delegation in urging the Government of Nigeria to promptly implement the opinion of the United Nations Working Group on Arbitrary Detention and the pertinent judgement of the Federal High Court of Nigeria (Umuahia) regarding the matter of Mazi Nnamdi Kanu, who is currently detained by the GON in solitary confinement.

“We are also very alarmed at the worsening health condition of Mr Kanu, exacerbated by the inhumane detention conditions to which he is being subjected, including his solitary confinement since June 27, 2021.

“We trust therefore that your mission and home governments will give the most urgent and expeditious attention and consideration to our humble prayers”, the letter reads.