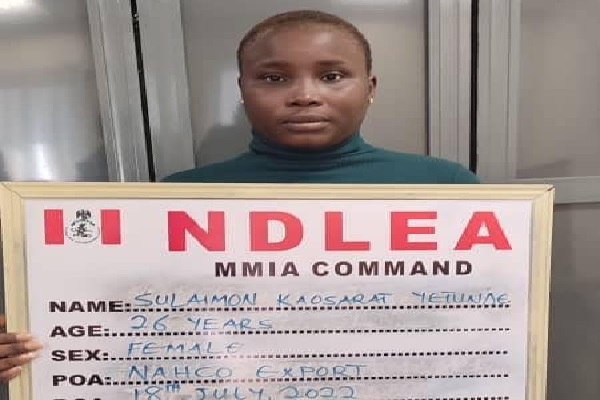 Justice Daniel Osiagor handed down the verdict following Miss Yetunde’s “guilty” plea to a charge of conspiracy and the unlawful export of 1.10 kilogrammes of cannabis sativa.

The convict, who was arraigned by the National Drug Law Enforcement Agency (NDLEA), was said to have studied law at a Benin Republic university.

She was said to have been attempting to export the banned substance.

The court heard that Yetunde procured one Benjamin Christopher Joel to commit the illegal act.

Justice Osiagor sentenced Yetunde to five years imprisonment but gave her an option of N100,000 fine.