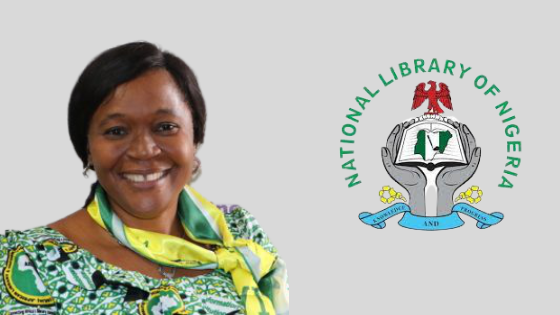 National Librarian/chief executive officer of the National Library of Nigeria (NLN), Prof. Chinwe Anunobi, has raised the alarm that Nigerians are increasingly losing interest in their local languages, hence the chances of the languages going into extinction sooner than expected.

She observed that many households have chosen to speak and interact in foreign languages and also embraced foreign cultures, thereby not passing the languages and culture to the younger generation.

Anunobi said: “We are ever committed to go down to the grassroots of Nigeria’s communities to seek materials and information concerning prominent personalities in those communities.

“Their profiles and history would be translated in three major Nigerian languages, notably, Igbo, Hausa Yoruba and English language, so that people of the next generation would get to know their original identity and languages, which would be published, preserved and documented.

“These materials would now be processed and digitized, uploaded to our website for people to get access to easily.

High commissioner of Bangladesh, Ambassador Masudur Rahman, who was one of the lead discussants at the event, explained that the idea to celebrate International Mother Language Day was the initiative of Bangladesh and was approved by the UNESCO General Assembly in 1999.

He explained that 21st of February, is the anniversary of the day Bangladesh then East Pakistan, fought for recognition from India, which let people of diverse ethno- linguistic communities read and write in their own languages, facilitate and publish textbook, train teachers so that primary level education can, at least, be catered to the pupils in their respective mother tongues.

He added that 40 per cent of 7, 000 languages used worldwide are at some level of endangerment, and if not prevented might likely to go into extinction.

Ambassador of Bulgaria, Mr. Yanko Yordonov, in his remarks, encouraged people with local languages to be aware of the danger of loosing them that is their identity.

He reiterated the commitment of his Country in ensuring mother languages are preserved, documented, published and are accessible in the Internet.