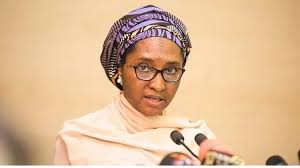 The Minister of Finance, Budget and National Planning, Mrs Zainab Ahmed, has said Nigeria is not properly utilising donor funds to deliver planned projects for sustained growth and national development.

She stated this on Tuesday at the retreat for members of the National Assembly organised by the ministry on process optimisation in donor-financed projects in Nigeria held in Lagos.

“However, notwithstanding the efforts and resources committed in procuring development financing for critical sectors of the economy to boost human capital development, improve infrastructure and service delivery as well as strengthen governance and institutions, the country appears not to have made the desired progress in this direction. Much still remains to be streamlined,” she observed.

She said: “When borrowed funds fail to be properly utilised, and to deliver on planned development objectives, growth is impaired and economic development is distorted.”

She also said, “Nigeria ranks low compared to other nations of the world in terms of the level of implementation of World Bank funded projects.

“It is public knowledge that there have been increased public agitations against rising foreign debt levels. This has put immense pressure on the government to ensure prudent management of resources, and improve transparency and accountability in the utilisation of funds from donor agencies for maximum positive impact on the economy.”

She said it is against this backdrop that she constituted a Task force on Disbursement in Donor-Funded Projects in Nigeria.

“The Term of Reference (ToR) of the task force is to evaluate, review and chart a fresh course to significantly increase disbursement levels in donor-financed projects in the country. It is to also work with relevant stakeholders to facilitate various approval processes for donor-assisted projects before final approval from the National Assembly,” she said.