NCC Warns Nigerians Against Charging Phones In Trains, Restaurants, Others 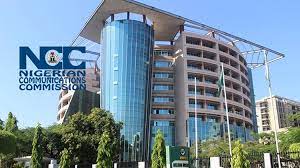 It also warned against accepting charging cables or chargers from strangers in public places.

The CSIRT, in its first-ever security advisories less than three months after its creation, gave the caution while raising the alarm over the newly identified two cyber-attacks, Juice Jacking and Facebook for Android Friend Acceptance Vulnerability.

A statement by the NCC Friday said Juice Jacking can gain access into consumers’ devices when charging mobile phones at public charging stations and applies to all mobile phones.

It added that the Facebook for Android Friend Acceptance Vulnerability targets only Android Operating System.

Many public spaces, restaurants, malls, and even public trains do offer complementary services to their customers in a bid to enhance customer services, one of which is providing charging ports or sockets.

However, an attacker can leverage this courtesy to load a payload in the charging station or on the cables they would leave plugged in at the stations.

NCC said, “Once unsuspecting persons plug their phones at the charging station or the cable left by the attacker, the payload is automatically downloaded on the victims’ phone.

“This payload then gives the attacker remote access to the mobile phone, allowing them to monitor data transmitted as text, or audio using the microphone.

“The attacker can even watch the victim in real time if the victims’ camera is not covered.

“The attacker is also given full access to the gallery and also to the phone’s Global Positioning System (GPS) location.

Group Wants Jonathan To Return In 2023