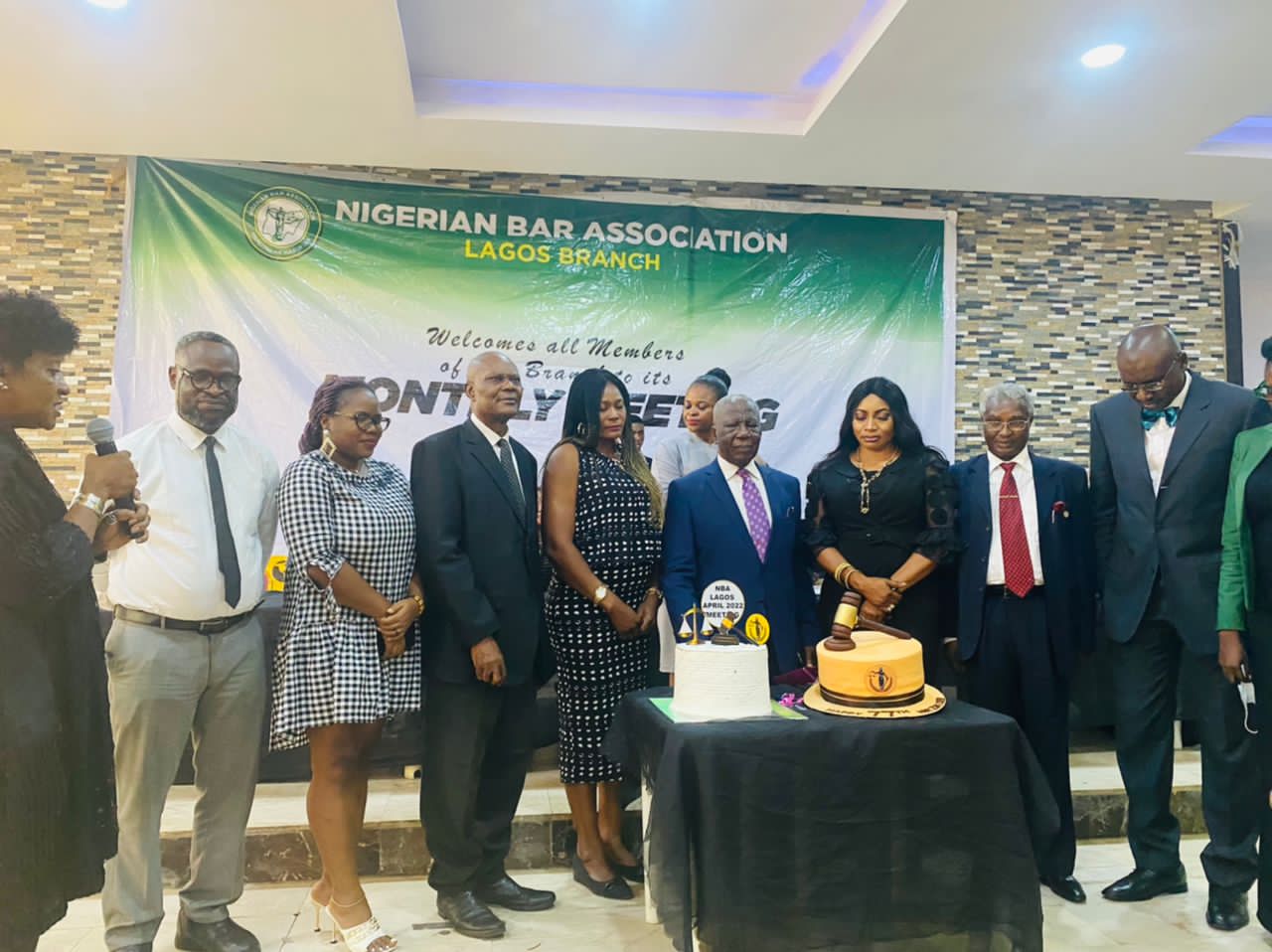 The Nigerian Bar Association, Lagos Branch on Monday had its monthly meeting and also celebrated the 77th birthday of one of the elders in the legal profession, Mr Zik Obi II at the Dinner Hall, Nigerian Law School, Lagos Campus, Victoria Island, Lagos.

Mr Zik Obi II was given the privilege, on his birthday, to share his experience on what has been his secret to good health even at 77 years old, in the knowledge sharing session tagged: Mental Health in the Work Place: Taking Care of your Health.

In his speech, Mr Zik Obi II shared some tips with the members in a acronym called DREMS. He said, D stands for Diet, R stands for Rest, E stands for Exercise, M stands for Medical checkup while S stands for Social Networking.

He advised members to guard what they eat regularly, eat moderately and that there should be a good mix i.e not eating only one class of food always; there should also be regular in take of water.

In addition, he encouraged members to subscribe to the health insurance scheme of the NBA and take advantage of it noting that it helps to reduce high cost of health expenses when there is a health issue.

Mr Zik Obi II urged members to rest even while at work and to do daily exercise so as to boost their strength. He stressed that it is not good to work all day without having some exercise. He advised members to always go for regular medical checkup.

He noted that members should engage in social networking at all times because it makes them interact and socialize with the younger ones even while at work.

At the end of his lecture, the NBA Lagos Chairman thanked him for his insight and experience in delivering the health topic, he wished him many more years on earth.

At the end of the meeting, a Cocktail was organized to commemorate his 77th Birthday, which was sponsored by The Law Crest LLP.

Mr Zik Obi II obtained his LL.B (Hons) degree from the University of London in 1975 and was called to the Nigerian Bar in July 1976. He also attended and obtained a Certificate/Diploma in French Language from the University of Besancon, France in 1975. Since his Call to Bar, he has been engaged in active private legal practice with specialization in Corporate & Commercial Law Practice and the Capital Market and is currently engaged in Law Consultancy & Advisory Services.