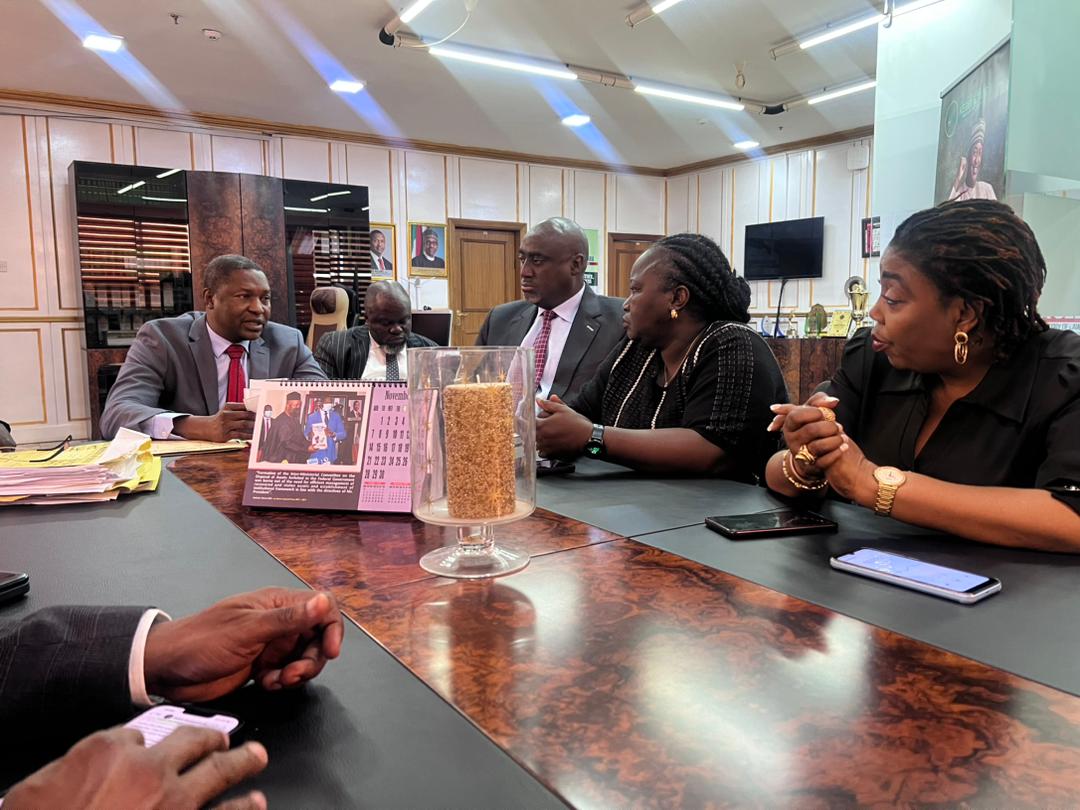 The Attorney General of the Federation and Minister of Justice, Abubakar Malami, SAN yesterday, 21 November, 2022 reiterated the approval of President Muhammad Buhari for the immediate implementation of enhanced salaries and allowances for Nigerian judicial officers. The Minister of Justice who had earlier announced the president’s approval at the commissioning of the Graham-Douglas campus of the Nigerian Law School in Port Harcourt last Friday, restated this during a courtesy call on him by the National Executive Committee of the Nigerian Bar Association(NBA) led by the NBA President, Yakubu Chonoko Maikyau, OON, SAN.

Recall that since the inception of the Maikyau-led administration of the NBA, the NBA has stepped up her campaign for the improvement in the welfare of Nigerian judicial officers. The NBA President had committed to working with the office of the Attorney General of the Federation to ensure that this is achieved immediately.

In his Inaugural Address on 26 August 2022, the NBA President laid down the marker for this mission when he decried the fact that ” an action had to be filed in court to compel the government to look into and improve the welfare of Judges and Justices…” Also, while delivering his address at the annual legal year ceremony of the Court of Appeal on 12 September 2022, Mr. Maikyau stated that “one demonstrable way by which the Government will show sincerity in the bid to recover and develop this nation, is to deliberately invest in the welfare of Judges and Justices by strengthening the human capital within the justice sector and meeting all infrastructural needs of the judiciary.”

Furthermore, the Mr Maikyau reiterated in his address at the valedictory court session held on 15 September 2022 at the Supreme Court in honour of Hon. Justice Abdu Aboki (retired) , the unequivocal commitment of the Bar “to support all efforts necessary to ensure that adequate measures are put in place to guarantee the welfare of judges and justices while in service and for their comfort upon retirement.”

This consistent campaign by the NBA leadership has evidently complemented the efforts of the office of Attorney General of the Federation. In his remark during the courtesy call, the NBA President lauded the AGF for his sense of service and disclosed that the Revenue Mobilization Allocation and Fiscal Commission (RMAFC) has recently communicated to him that it has commenced the process of reviewing the remuneration of judicial office holders to reflect the present socio-economic realities in the country. The commission had accordingly requested a memorandum from the NBA in this respect.

The salaries of judicial officers have remained the same for over 14 years. This present review by RMFAC is the first since 2008 and it is not unconnected to the vigorous campaign by the Maikyau-led NBA. The NBA President emphasised that “the NBA would keenly monitor the ongoing process for the enhanced review of salaries of judicial officers while also ensuring that the judiciary remain accountable to the Nigerian people for whom justice is being dispensed by the courts.”

Man Pours Petrol On Wife, 33, Sets Her Ablaze Over Food