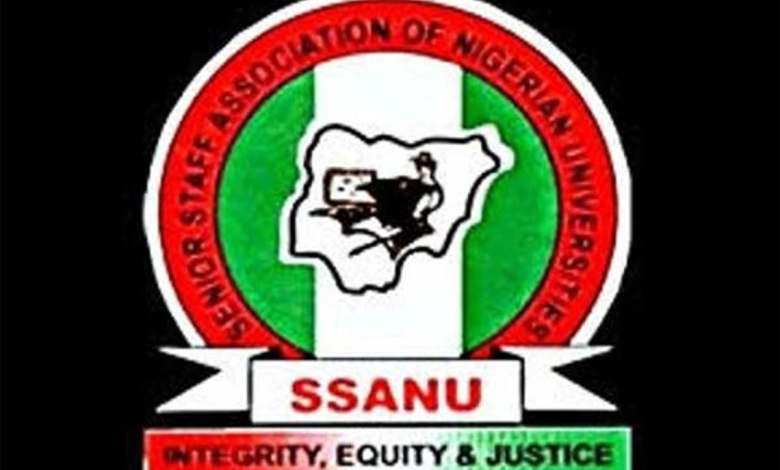 An official of the Senior Staff Association of Nigerian Universities (SSANU) and Non-Academic Staff Union of Allied and Educational Institutions (NASU) has hinted at the possibility of the union embarking on an indefinite strike any moment from March.

This is as another universities workers’ union- National Association of Academic Technologists (NAAT) has issued a two-week ultimatum to the Nigerian government to either meet its demands or be faced with a two-week warning strike.

The leadership of NAAT also threatened that if the government failed to accede to its request after the expiration of the two-week strike, the union would embark on an indefinite strike.

Meanwhile, the ongoing one-month warning strike by the Academic Staff Union of Universities (ASUU), which has entered its 13th day, may not be called off before the one month declared elapses as the conciliation efforts have yielded no fruitful gains yet.

On Thursday, through the Joint Action Committee (JAC), both SSANU and NASU issued a directive to all their branches to be “red alert” for a possible showdown with the government.

The national vice president of SSANU, Abdussobur Salaam, said the Nigerian government has failed to implement any of the eight items in the agreement it signed with the union in February, 2021.

According Mr Salam, none of the implementation timelines exceeded three months, saying if the government was committed to the agreement, the whole issues would have been resolved “latest by July, 2021.”

He said: “There was a memorandum of understanding that was reached with an agreement. Everything has a timeline. There was no timeline there that exceeded three months. The government cannot deny that we have not been writing letters on renegotiations.”

The official said despite multiple letters addressed to the government and visits to the minister of labour and employment, Chris Ngige, there have been no responses “apart from promises that have not translated into anything for our members”

Parts of the items in the said agreement, according to Mr Salam, is the renegotiation of the 2009 agreement, payment of earned allowances, usurpation on non-academic career positions by vice-chancellors, inclusion of university staff school into the university community, non-payment of minimum wage arrears, and funding of state universities.

He said university vice-chancellors have continued to defy a court order declaring that the teachers of universities’ staff schools are integral members of the university community.

He added that the government has only paid less than N8 billion of the N30 billion it agreed upon.

He said: “The memorandum of understanding we had was that the renegotiation will be concluded within six weeks. And that was as far back as February, 2021. And if you count six weeks from that time we will be talking about sometime in May or maybe April. But here we are, a year later, we have not even been invited for one meeting despite our reminders.

“The issue of our earned allowances of N30 billion which we agreed should be paid to the three non-teaching staff unions of SSANU, NASU and NAAT is also there. At the end of the day what the government did was to pay a sum of N22 billion and then allocate 25 per cent of that, which is less than N8 billion to the three unions. So, at the end of the day, that has also caused a lot of grievance on campuses.

“Also, for an act that was signed for national minimum wage in 2018, there are still arrears not yet paid by the universities. And on the usurpation of non-teaching staff functions by academic staff, we have situations where the condition of service, an established position in various universities is being upturned by vice-chancellors and by the governing councils. And you now have positions that are career positions of our members being subverted by academic staff. So, these are the issues that we have brought forward.”

Mr Salaam added that despite a court order directing that teachers of universities staff schools should be seen and treated as integral members of the university community, “we still find a situation where vice-chancellors have continued to treat our members with a lot of contempt in defiance of the court order.”