My Houses Were Acquired Before I Became President, I Have No House In UK — Buhari To Prince Charles III 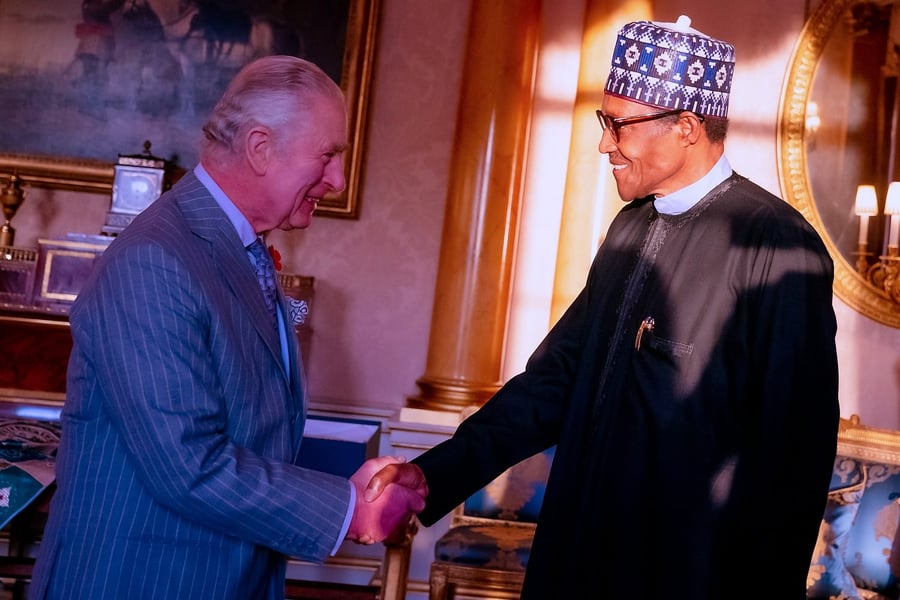 President Muhammadu Buhari has said that that he has no house in the United Kingdom, UK.

Buhari stated this on Wednesday in a chat with His Royal Majesty, King Charles III during his visit to Buckingham Palace to foster Nigeria’s bilateral relationship with the United Kingdom.

Speaking in an interview after his meeting with the monarch, President Buhari disclosed that King Charles asked him whether he has a house in the UK.

While responding to the British ruler, Buhari said the houses he owns are the ones he acquired before he became Nigeria’s president.

“He (King Charles III) asked me whether I have a house here (in the UK), and I said no.

“I live in Nigeria alone, the only houses I have are those I have before I got into government and I am not very much interested in having houses all over the place. I feel much freer when I have nothing”, President Buhari said.