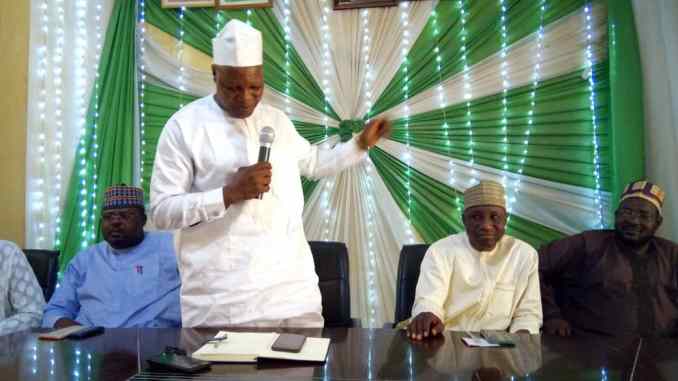 The Nigerian Guild of Editors (NGE) has called on the media to monitor politicians’ compliance with the Electoral Act as the country prepares for the 2023 general elections.

Its President, Mr Mustapha Isah, gave the charge in Enugu yesterday during a town-hall meeting organised for journalists, Civil Society Organisations (CSOs) and religious organisations in the South-East zone.

The meeting, with the theme, ‘Agenda Setting for Sustainable Democratic Culture’ was organised by the NGE in collaboration with the US Embassy in Nigeria.

“We should ensure that political leaders have the capacity and would not divide us with religion and ethnicity.

“The media should strive to set the agenda rather than allow politicians to set agenda,” Isah said.

Clark also said that the media had important roles to play toward free speech and helping to sustain resilient democracy.

She charged the media to focus on issues of transparency while holding politicians to account, adding that democracy needed not be administered as an enterprise.

She said that the US Embassy was proud to support the meeting, as the contribution of the media to democracy was profound.

In a keynote speech, Senior Lecturer, Renaissance University, Enugu, Mr Maxwell Ngene, said the programme would afford the media the opportunity to build their capacity.

Ngene said it was necessary that the media set the agenda for politicians in order to have a stable democratic culture.

“Journalists must work very hard to change perceptions such that Nigerians will stop talking and acting in religious and ethnic prisms,” he said.

Chairman, Nigerian Union of Journalists (NUJ), Enugu State Council, Mr. Sam Udekwe, said the meeting was a bold step towards promoting the importance of journalists in the country.

He commended the NGE for organising the event, which he said would effectively prepare journalists in the zone for the 2023 general elections.

El-Rufai To Tinubu: We’re Aware Of Your Presidential Ambition