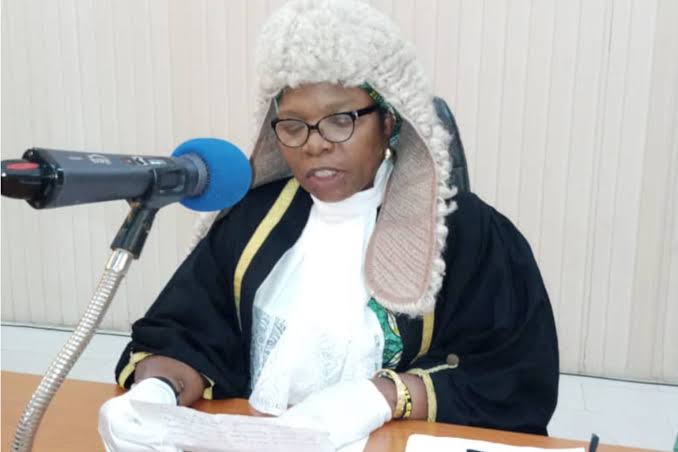 Olubunmi Adelugba has been Elected as the new Ekiti State House of Assembly Speaker.

Adelugba, who is now the first woman to occupy the seat since the creation of the state in 1996, was elected by 17 members of the Assembly on Monday, November 21, following the impeachment of Gboyega Aribisogan.

Adelugba, a tax expert, has more than two decades of work experience in audit and corporate advisory services, finance consultancy, oil and gas, accounting, non-governmental organisation reporting and active governance within and outside Nigeria.

According to her LinkedIn profile, she has handled several assignments relating to raising finance and restructuring for both corporate and state governments.

She worked in Olusola Adekanola & Co as Principal Consultant. Also, she headed the tax audit for Rivers State Government and also worked as a member a team of consultants for re-engineering and reconstruction of moribund companies within and outside Nigeria.

Adelugba was in ActionAid Nigeria as the Management Accountant and ActionAid International Cameroun as Head of Finance providing a lead in the internal, international and statutory audit support for the Countries’ Program, where she provided guidance, built capacity and ensured compliance to company accounting policies and reporting requirements locally and internationally.

She served as Commissioner for Labour, Productivity and Human Capital Development in Ekiti State. She was also Special Adviser Revenue Matters and Taxation in Ekiti State.

The new Speaker was the Managing Partner of Bunmi Adelugba & Co and Boomade Professional Services.

Adelugba, who holds a Masters’ degree in Financial Management, is a Fellow of the Institute of Chartered Accountants of Nigeria (FCA).

She is also Fellow of Chartered Institute of Taxation of Nigeria (FCTI) and Chartered Public Finance Accountants (CPFA).

She is a practicing accountant and tax practitioner.