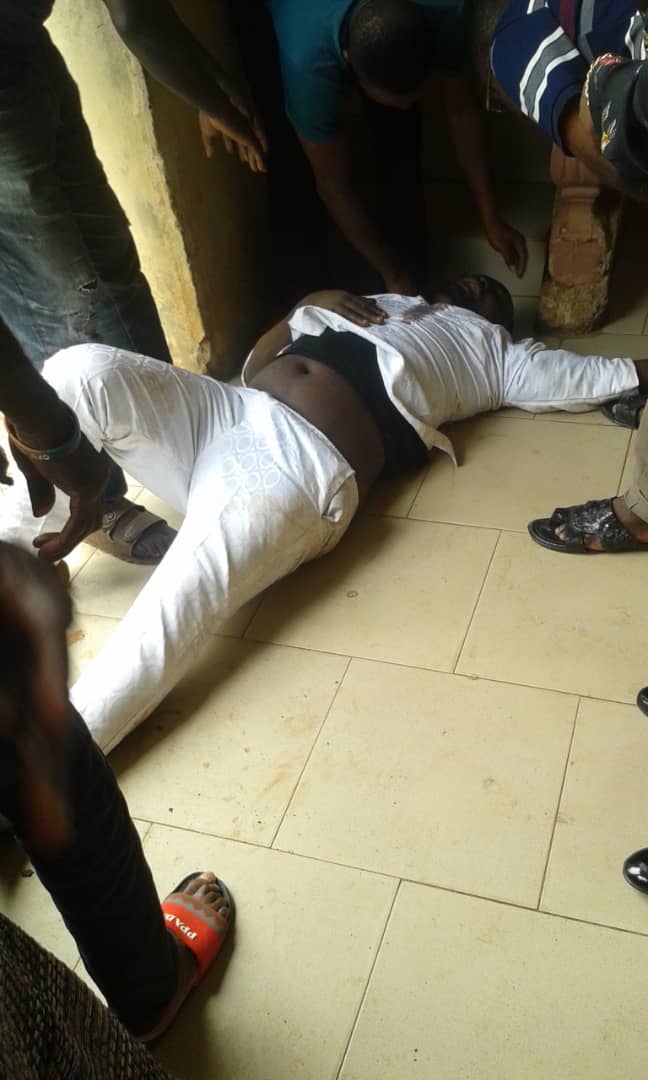 A 42-year old married man, Talabi Oluwaseyi Samuel, fainted at the Ejigbo Magistrates Court premises in Lagos State as he was arraigned over his inability to pay N70,000 hotel bills and for sex with a lady for three days.

According to reports,Samuel sIumped, became unconscious and was heard saying that the hotel management has exposed his adulterous life as his wife would know he had been cheating her over the years.

The suspect, Samuel was said to have taken a lady, Becky Alaneme, to Mayoral Hotel located at Aminu Ajibade Street, Unity Estate in Idimu, lodged with her for days without paying both her service charge and for lodging accommodation and wanted to escape.

However, the hotel manager held him and contacted the Police at Idimu Division. He was subsequently arrested and detained at the station for interrogation over the conduct.

During interrogation, it was discovered that he was owing over N70,000 for the bills he had incurred and was asked to pay the bills and the lady, Becky, for her services. He refused and claimed that he had no money to settle the bills.

The Police equally made every efforts to resolve the matter and even asked him to contact his family but he refused to do so.

He was then taken to the Court to be arraigned for conduct likely to cause breach of public peace.

When the bus, which brought him to the Court was about the drop him, he shouted and slumped inside the Courtroom to the surprise of the litigants and Court officials present, who thought initially that he was pretending in order to escape arraignment.

He was on the floor of the Court room for several minutes when the Presiding Magistrate, Mrs. K.A. Ariyo, came to sit and ordered his remand in Police custody pending when he will be ready to be arraigned for the alleged offence.