Leave Ukraine Now, As Russia Could Invade The Nation At Any Time, U.S Warns 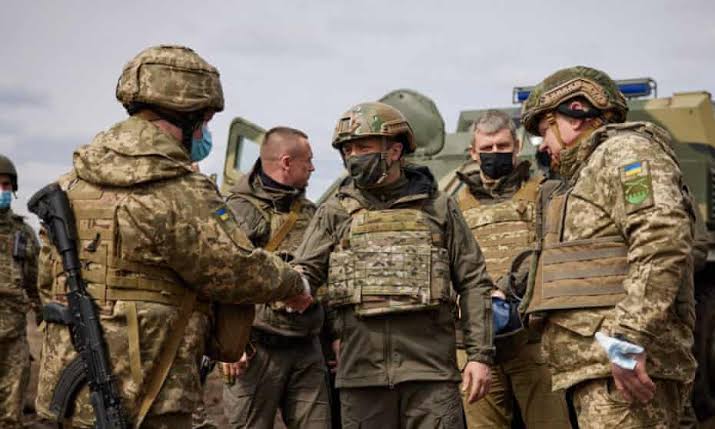 The United States and its allies urged their citizens to leave Ukraine right away to avoid a Russian invasion, including a possible air assault, that Washington said on Friday could occur anytime.

Moscow accused Western nations of spreading lies to distract from their own aggressive acts.

The United States and Europe stepped up their warnings of an imminent attack while the Kremlin, jostling for more influence in post-Cold War Europe, rejected a joint EU-NATO diplomatic response to its demands to reduce tensions as disrespectful.

Russia has amassed more than 100,000 troops on the Ukraine border but denies it plans to invade.

U.S. officials, while pressing for diplomacy, said Russia could invade before the conclusion of the Winter Olympics on Feb. 20 and may seek to seize the capital Kyiv and other cities.

U.S. national security adviser Jake Sullivan said Americans could not expect military evacuation if they remained in Ukraine and should leave within 48 hours.

“We continue to see signs of Russian escalation, including new forces arriving at the Ukrainian border,” Sullivan told reporters. “We are in the window when an invasion could begin at any time.”

“If a Russian attack on Ukraine proceeds, it is likely to begin with aerial bombing and missile attacks that could obviously kill civilians without regard to their nationality,” he said.

Australia and New Zealand became the latest countries to urge their citizens to leave as soon as possible, joining Britain, Japan, Latvia, Norway and the Netherlands. Israel said it was evacuating relatives of embassy staff.

Russia wants guarantees from the West, including a promise of no missile deployments near its borders, no NATO membership for Ukraine, and a scaling back of the alliance’s military infrastructure.

The West describes Russia’s main demands as “non-starters” but is willing to talk about arms control and confidence-building steps.

“Some reasonable people were hoping U.S.-fanned hysteria was waning,” he posted on Twitter. “Maybe they put a jinx on it, because scaremongers have clearly got second wind. Our troops are still on our territory and I wonder if the U.S. will invade Ukraine itself – someone has to, after such a panic campaign.”

The EU and NATO alliance delivered a joint reply to Russia this week on behalf of their member states as diplomatic efforts continue to try to diffuse the crisis.

Russia on Friday said it expected individual answers from each country, and called the collective response “a sign of diplomatic impoliteness and disrespect”.

It later said that Western countries, with help from the media, were spreading false information about its intentions to try to distract attention from their own aggressive actions.