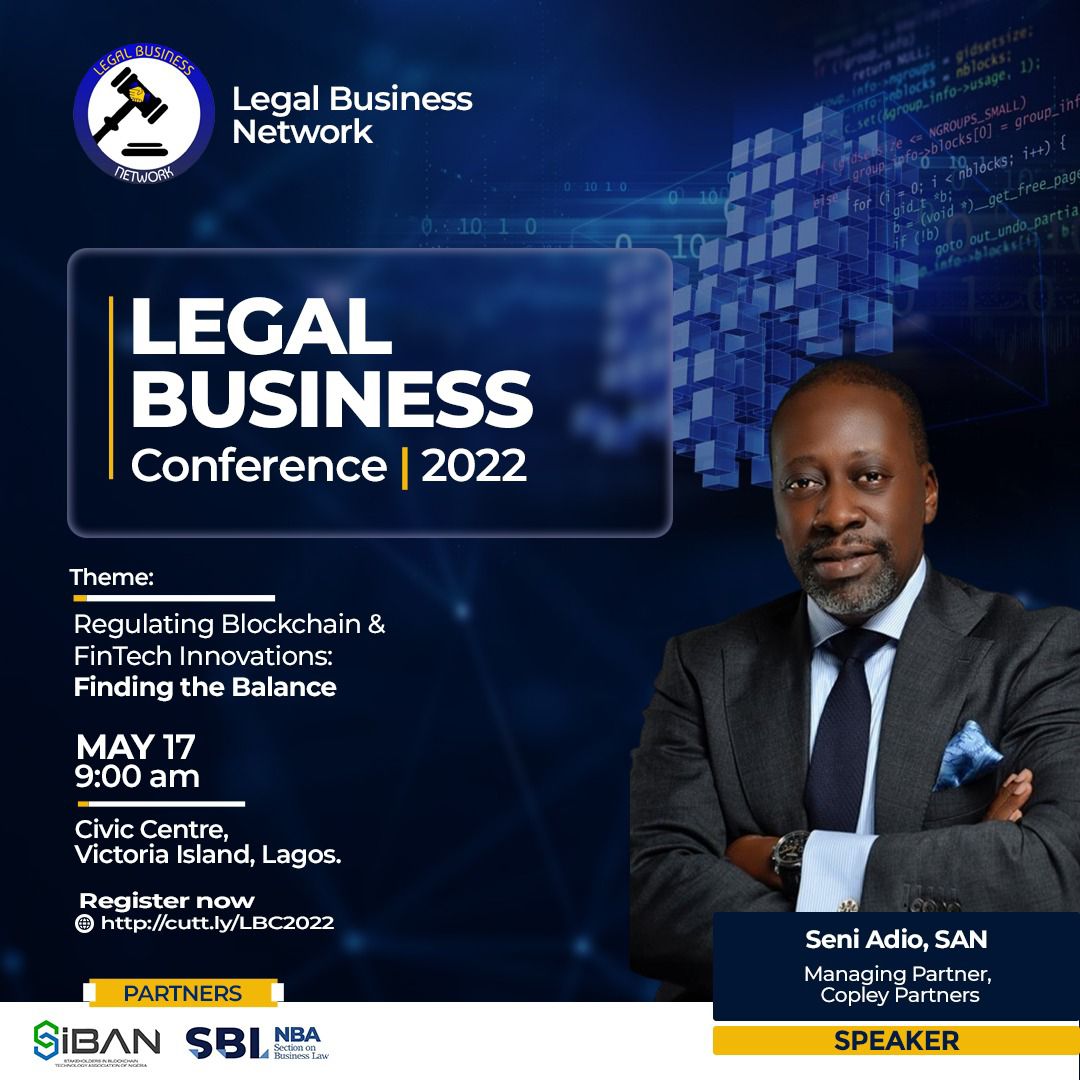 Seni Adio, SAN, is a Senior Advocate of Nigeria, and Managing Partner of COPLEY PARTNERS, Lagos. He is a past Chairman of the Nigerian Bar Association Section on Business Law (NBA-SBL), and a Member of the National Executive Committee of the Nigerian Bar Association (NBA). He is also a founding Member of the National Assembly Business Environment Roundtable (NASSBER), a Think-Tank comprising the leadership of the National Assembly, Nigerian Economic Summit Group (NESG), NBA-SBL, and ENABLE2 a DFID UK Advisory and Consulting Program established to enhance the ease of doing business in Nigeria. Following the demutualisation of the Nigerian Stock Exchange (NSE), he was appointed as a Member of The Claims Review Panel (CRP) of the successor company to the NSE, the Nigerian Stock Exchange Group (NGX).

Mr. Adio has over three decades of experience as a Legal Practitioner including international and domestic. Notably, before returning to Nigeria, he practiced at the law firm, MINTZ LEVIN, in Boston, Massachusetts, where he achieved the remarkable feat of becoming a Member (Partner) in the Firm. While there, he represented multinational conglomerates and private companies on various matters, including Complex Commercial Litigation; Arbitration; Mediation; Fiduciary Law and Corporate Governance; Technology; Tax Abatement; Public Procurement and Infrastructure Development; Legislative and Regulatory Matters before the United States Congress and, in particular, Tort Reform; and Insurance. His subject matter experience in alternative dispute resolution includes Oil and Gas, Maritime, and Construction.

He has been involved in various landmark matters including legislative, dispute resolution, and transactional. He also represents businesses in the financial technology (FinTech) and digital financing space, including providing regulatory advice and dispute resolution. He advocated before the Nigerian National Assembly in support of a Federal Gaming Bill and was instrumental in the enactment of the National Lottery Act 2005. He has also been involved in various Executive and Legislative initiatives and interventions towards easing doing business in Nigeria and generally making the Nigerian economy more competitive. In recognition of his track record in employing law reform to enhance economic competitiveness, he was appointed by the President of the Federal Republic of Nigeria as a member of the Presidential Committee on the Impact and Readiness Assessment for the Implementation of the African Continental Free Trade Agreement (AfCFTA). He is also the Co-Chairman of the Nigerian Coalition for Services Industry (NCSI). He has provided commentaries on issues of business, law, and racial diversity to multimedia outfits, including the Associated Press (AP), CBS Marketwatch, Boston Magazine, and BusinessDay – where he is a Member of the Legal Business Editorial Advisory Board.

Mr. Adio is active in civic societies, has served as a Trustee on the Boards of various non-profit organizations. He has also served on the Boards of business organizations, and currently he is a Director in Odu’a Investment Company Limited where he Chairs the Governance and Nominations Committee. Notably, following the demutualization of the Nigerian Stock Exchange (NSE), he was appointed a member of the Claims Review Panel of the successor and holding Company, the Nigerian Exchange Group Plc (NGX) for the resolution of demutualization claims.

He is a proud alumnus of the veritable Igbobi College, Yaba, Lagos, and a recipient of the ICOBA Merit Award. He obtained his Bachelor of Laws degree with honours from The University of Buckingham and Master of Laws (LL.M) in Taxation from Boston University School of Law. He enjoys running and completed two Boston Marathons.