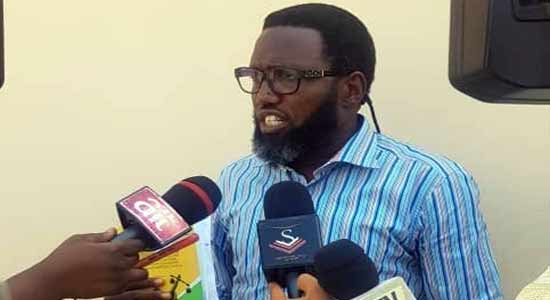 Activist, Maxwell Opara has called on various public interest organisations and civil society groups including ASUU, NUT, CAN, ISLAMIC ORGANIZATION, GUILD OF EDITORS, MEDICAL COUNCIL, BAR ASSOCIATION, NANS, NURTW amongst others to organize a debate for Presidential Candidates especially the leading candidates including Bola Ahmed Tinubu of the All Progressives Congress, Atiku Abubakar of the Peoples Democratic Party and Peter Obi of Labour Party.

Mr Opara who made this remark after visiting an orphanage as part of activities to mark his birthday said at the debate, the Candidates will “tell the world at large and Nigerians in particular on the following:

1. worth of their wealth

2. Source of their wealth

3. Their Physical and mental fitness to rule the country.

4. Their previous record in leadership and how they are planning to lead country.”

According to him, by so doing, Nigerians will be to know if they are vying to work or to loot.

Mr Maxwell Opara is the Founder of the Law Firm of Maxwell Opara and Associates, and his birthday will be marked on the 14th of June, 2022.