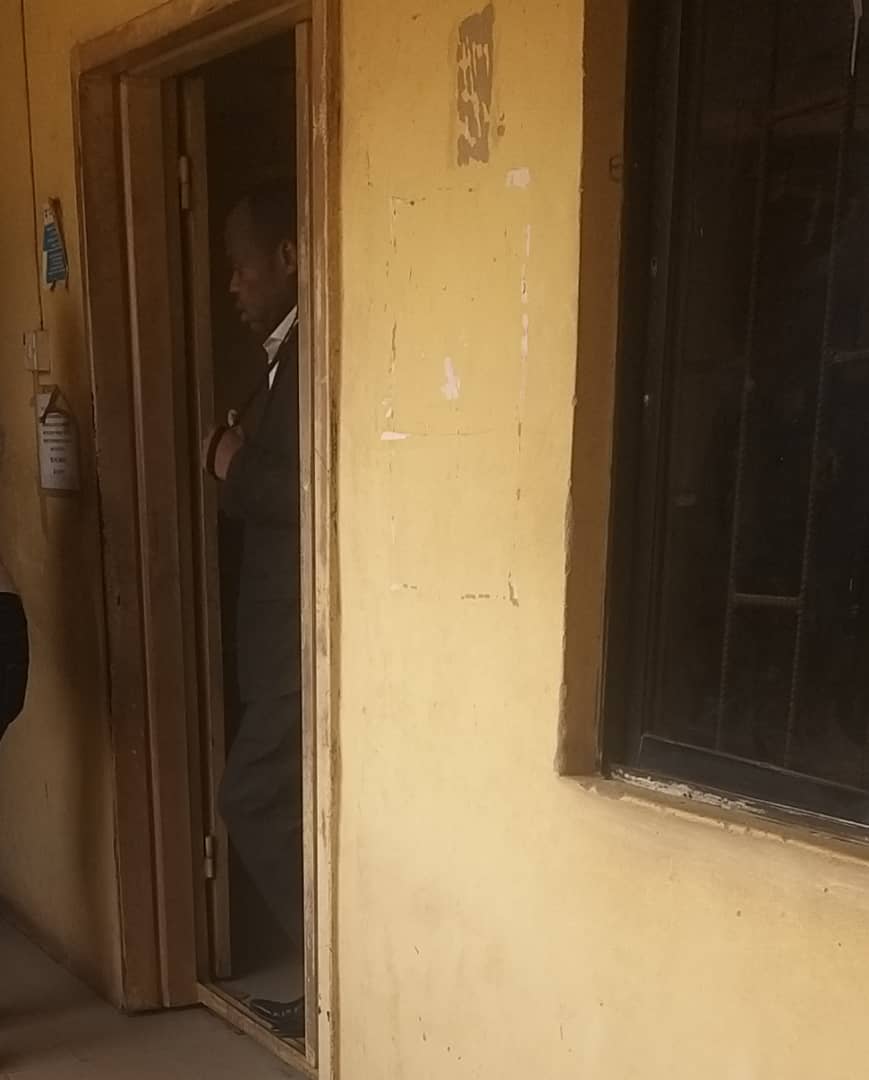 There was pandemonium at the Ikotun branch of First Bank PLC in Lagos after a 43-year old legal practitioner, Barrister Enyi Sunday, disrupted activities at the bank over the disappearance of an undisclosed amount of money from his account lodged in the bank.

According to reports, the fracas attracted the attention of the Police officers attached to the bank, who attempted to stop him from entering the bank in order to see the Manager to know why the money in his account was emptied.

The stoppage of entrance led to a serious fight between Barrister Sunday and one of the Police officers attached to the bank, Inspector Siyaka Nuhu and both injured themselves in the process.

The Police at Ikotun Division were contacted and mobilized; they went to the bank and intervened. They overpowered and arrested Barrister Sunday and transferred him to Area M Command, Idimu, over his conduct at the bank.

During interrogation, Barr. Sunday told the Police that First Bank siphoned the money in his account and when he went to the branch as a customer to ask to know why the bank would temper with his money, he was prevented from entering the bank.
However, the Police found him culpable for disrupting operations at the bank, assaulting Inspector Nuhu and tearing his uniform in the process.

He was subsequently charged before the Ejigbo Magistrates Court for conduct likely to cause breach of public peace and assault.

He pleaded not guilty when he was arraigned.

The prosecutor, Supol Benedict Aigbokhan, did not object to his being granted bail because it was a bailable offence.

But the defendant told the Court that it lacked jurisdiction over the matter because bank-customer relations matter was a Federal Government matter, which has higher jurisdiction.

But Presiding Magistrate, Mrs. K.A. Ariyo, ruled that the offence that brought him before the Court was a criminal offence and subsequently granted him bail in the sum of N20,000 with one surety in like sum.

However, he was remanded in custody at the Correctional Centre at Kirikiri town, Lagos, pending when he will perfect his bail while the matter was adjourned till 29th November, 2022, for mention.