Lawmakers Move To Separate Office Of AGF From Minister of Justice 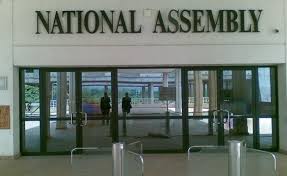 Independent candidacy in the presidential, governorship, National Assembly, Houses of Assembly and local government council elections scaled through at the senate. 94 senators registered to vote, 89 voted in support while five voted against.

As the lawmakers voted against gender bills, Gbajabiamila had threatened that records showing how they voted would be made public.