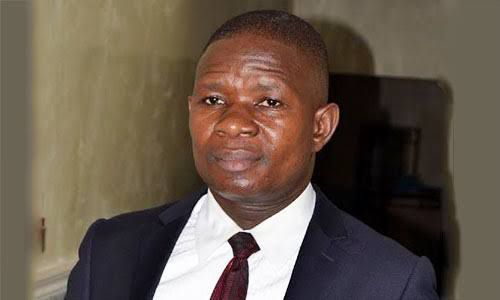 My Oga, respected AGE @⁨Boms Wogu⁩ , perhaps you can see clearly why I said on 30 October 2022, that LAW SOCIETY OF NIGERIA (LSN), to any extent it purports to constitute Itself a pararrel to our NBA, is ILLEGAL, a ridiculous bunch of fruitless illegality, promoted by lawless lawyers who are not aware or rather pretend to not know that NBA is not just like any other association registered with the CAC, but is an entrenched STATUTORY BODY, that can only be displaced or dislocated by statutory amendment and judiciary imprimatur.

Whoever they’re, the brains behind the LSN (as an association purporting to challenge the NBA) are promoters of shameless illegally and spineless absurdity. There’re people who either:
1. are not mature enough to manage a simple loss in an election, or
2. Perhaps think they’re born to control the NBA or to teleguide NBA affairs — so much so, that if they’re not in control, then they plot to pull NBA down by a.means including engaging in illegality such as is illustrated by LSN. Mark my words, you can’t pull the NBA down because NBA doesn’t belong to you or to anyone in particular. Only the National Assembly and the judiciary can.

It’s unfortunate when one recalls that some of them were made by NBA. I think it’s even a kind of PROFESSIONAL MISCONDUCT for any lawyer in Nigeria to participate in promoting an association that purports to challenge the almighty NBA. Besides, just as is the the case with all abnormalities and illegalities, you can see how there have started infighting even before they’ve started associating publicly. Let the fight continue until LSN will fizzle out just as all illegalities before it.

NOW, MY ADVICE
If you (1) contested an election or (2) sponsored a candidate or
(3) supported a candidate in an election, but LOST, try and develop spirit of sportsmanship. Be calm. Support and cooperate with the winner. You can try again next time, instead of being part of a shameless LSN that is DESTINED for failure because it’s going nowhere. Someone must win and someone must lose in an election.