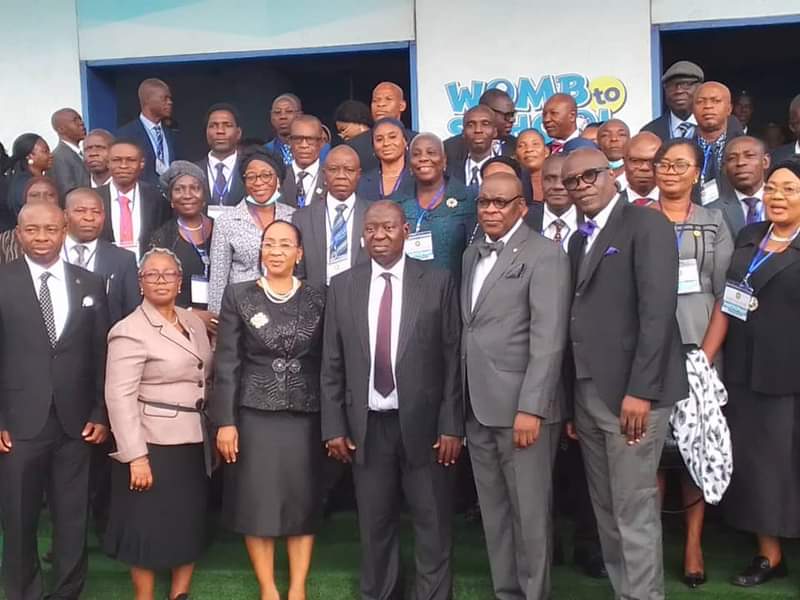 In a bid to further ensure access to an improved legal system at the grassroots, the Lagos State Judicial Service Commission has organised a two-day workshop with the theme: “The Roles and Responsibilities of The Customary Courts at the Grass Roots in Lagos State”, for Customary Court Presidents and Members.

In his address at the opening ceremony of the workshop held recently at the Adeyemi-Bero Auditorium, the Lagos State Head of Service, Mr. Hakeem Muri-Okunola said the duties of Presiding Officers of Customary Courts are both solemn and essential to the protection of basic human rights and prevention of anarchy in the society.

He declared that it is of uttermost importance that their responsibilities are discharged with diligence and their affairs conducted with integrity.

In his words: “You have been called upon to carry out a sacred responsibility germane to the protection of Human Rights and prevention of anarchy, therefore, I enjoined you to discharge your responsibility with the most important characteristic of Judicial Officers which is integrity”.

The Attorney-General and Commissioner for Justice, Mr. Moyosore Onigbanjo (SAN) stated that the workshop is essential for the officers to upscale the skills that will enable them to navigate the new terrain and function optimally to ensure a successful tenure on the bench.

In the same vein, Justice Kazeem Alogba, Chief Justice of Lagos State and Chairman of the Judicial Service Commission counseled the court officials to guard the discharge of their duties jealously, emphasising the need to always ensure they function within their jurisdiction to avoid wasting tax payers’ money which he termed as a gross disservice to the justice system.

In his words: “Think far and wide, be above board in character, disposition and relationships. Disservice to the system would not be tolerated because it culminates in waste of taxpayers’ money and ridiculing the efforts of our forbearers”.

The Chief Judge added that the law officers should be prepared for challenges ahead and advocated a symbiotic relationship amongst officers on all levels, adding that the justice system in Lagos has been seamless because of the ability to interface and resolve issues through robust deliberations.

Earlier, the Permanent Secretary of the Judicial Service Commission, Mrs. Bukola Salami emphasised the need to administer justice at the grassroots without undue regard to technicalities to avoid waste of time.

She disclosed that recent reforms to the Customary Justice system have been explicit in outlining the roles and responsibilities of Presidents and members of the court, documentation of proceedings and qualifications of members amongst others.

Responding on behalf of other participants, Mrs. Toro Oladapo and Mrs. Aramide Keshinro, Presidents of Onigbongbo and Epe Customary Courts respectively, lauded the initiative saying that it would present the participants’ opportunities to upskill and deliberate on solutions to similar challenges encountered during the course of their duties.