Lagos Group Drag Buhari, Others To Court Over Federal Appointments 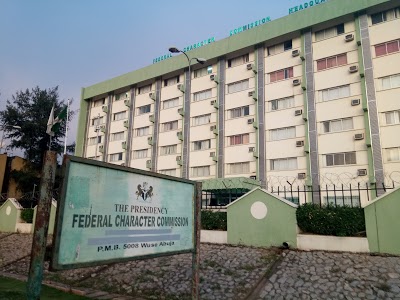 Lagosians Advocacy Group (LAG) has dragged the Federal Character Commission (FCC) and 18 others before Justice Ambrose Lewis-Allagoa of the Federal High Court, Lagos over alleged continuous and deliberate violation of constitutional rights of Lagos State indigenes regarding appointments into public offices and career positions.

The suit was filed by four legal practitioners; Yakubu Eleto, Adeyemi Onikoro, Shittu Akeem and Nurudeen Aregbeshola. Others are; Chief Muhammed Jamiu, Madam Titilayo Medeme Ogun and Gbenga Agoro (for themselves and on behalf of LAG)

In his arguments, Eleto told the court that the plaintiffs have filed their responses to the preliminary objections filed by other parties that were represented in court.

Responding to issues raised in the preliminary objections, Eleto maintained that it is settled law that members of LAG can maintain the action in their personal and representative capacities notwithstanding that the group is not registered as a legal entity.

He consequently submitted that the objection of the defendants to ‘locus standi’ of the plaintiffs to maintain an action in respect of breach or non-compliance with the constitutional and statutory provisions as it relates to indigenes of Lagos State is misconceived and should be discountenanced.

He also described the submissions of the defendants that the suit as premised on non-compliance with the constitutional provisions of Section 13 and 14 contained in Chapter 2 of the Constitution is non-justiciable as misconceived.

The defendants have contended in their preliminary objections that the plaintiffs have no ‘locus standi’ to institute the action and that the substance of the case is not justiciable. The defendants also contended that the suit was wrongly initiated by way of originating motions.

After listening to the submissions of parties, Justice Allagoa adjourned the matter to April 11 for judgement.

Ukraine Crisis: Putin Says He Does Not Want War In Europe