Lady Studied Law To Get Her Father Out Of Prison (Photos) 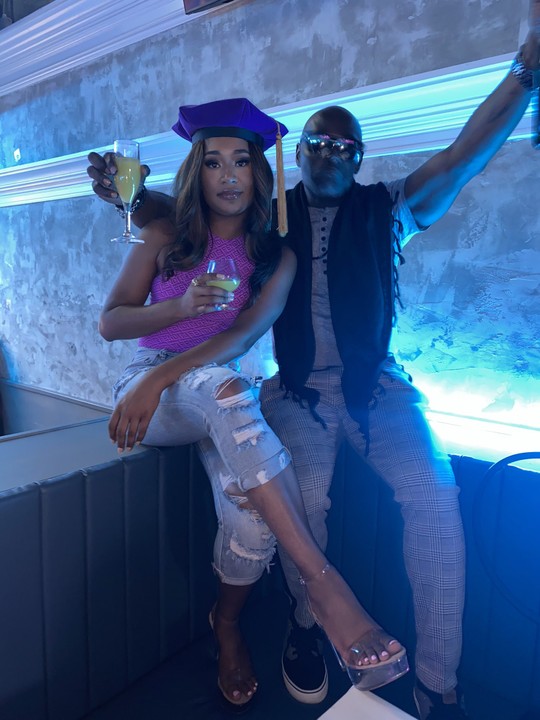 A Lady who chose to study Law with an aim of getting her convicted father out of prison has taken to her social media page to celebrate after she finally made her dream come through.

According to the young lady, her father was given a life sentence for a non-violent drug crime when she was 4-years-old.
She decided to study law when she grew up in order to get him out of prison.

The excited lady who shared pictures of herself and her father said her father was released from prison just when she was about to graduate from school.
The lady further revealed that her father has spent twenty years in prison.

Sharing the picture she wrote;
“I went to law school because my dad was sentenced to life in prison for non-violent drug crimes. I did what I could to get him out. He did 20 years and got out right in time for my graduation.
Been gone since I was 4.” Abuja-Kaduna Train Service Must Not Resume – Families Of Abducted Passengers

Nigerians Should Prepare For The Worst Fuel Scarcity – IPMAN