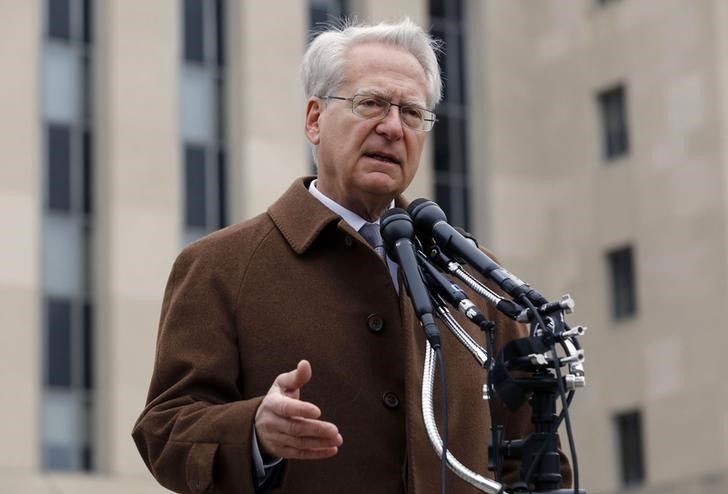 Larry Klayman, a lawyer well-known for representing conservative causes and clients, has had his law license suspended by a Washington, D.C., appeal court for 18 months due to the way he handled a sexual harassment case that was first brought up more than ten years ago.

Klayman, the founder of the conservative Judicial Watch and Freedom Watch groups, can return to practice following his suspension if he shows “fitness,” the District of Columbia Court of Appeals ruled Thursday.

Klayman, who has denied any misconduct, notified the appellate court Thursday that he will petition for a hearing before the entire D.C. Court of Appeals and potentially file a petition with the U.S. Supreme Court.

The 18-month suspension upholds a 2020 recommendation from the D.C. Bar’s Board of Professional Responsibility. In January 2021, the appellate court temporarily suspended Klayman pending this week’s final ruling.

At issue in the disciplinary proceedings was a federal lawsuit Klayman brought against U.S. broadcaster Voice of America in 2009 on behalf of client Elham Sataki, then a VOA employee. The lawsuit, which VOA contested and eventually defeated on appeal in 2011, claimed Sataki was sexually harassed by a coworker and faced retaliation when she reported the abuse.

The D.C. appellate court found that Klayman developed and expressed romantic feelings toward Sataki, creating a conflict of interest that adversely affected the representation. He continued to act as her attorney even after she dismissed him in July 2010, the court said.

The investigation into Klayman languished for years, according to the court. Disciplinary charges weren’t brought against Klayman until 2017, seven years after Sataki filed her complaint with the D.C. bar’s office of disciplinary counsel.

Klayman argued that attorney regulators in Florida and Pennsylvania had investigated and dismissed misconduct claims against him related to Sataki’s case, but the D.C. court said there is no record of how those complaints were resolved.

Klayman in an interview said Florida and Pennsylvania purged its files after five years and that he had discarded his own records because “I thought the matter was over.”