It Is Better To Be Alive Without Marriage Than Die In It ,Pastor Enenche Speaks On Osinachi’s Death 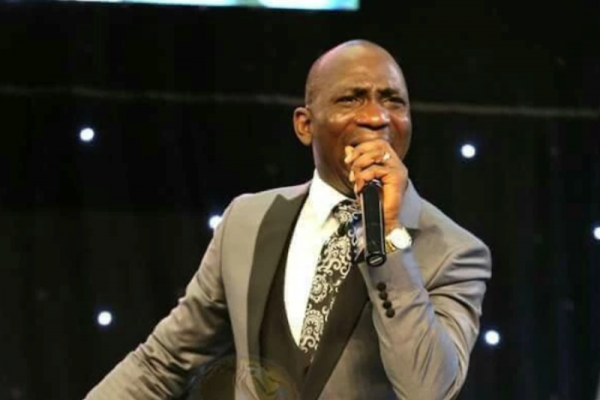 The Lead Pastor of Dunamis Church, Pastor Paul Enenche has broken his silence following the passing of a member of his church and popular gospel singer, Osinachi Nwachukwu, insisting that his church does not tolerate domestic violence.

Osinachi died last week in Abuja with her death sparking some controversy and the deceased family formally filing a complaint of culpable homicide against one Mr Peter Nwachukwu who is her husband.

Days after the “Ekwueme” singer’s death, the founder of the Dunamis International Gospel Centre maintained that his church doesn’t condone any form of assault and battery on women.

“As a church, we have a zero degree tolerance for domestic abuse and wife battery of any sort,” Enenche said on his YouTube channel.

“If you ever listen to any of our relationship messages, there is a principle, a policy, and a rule we have that is ‘it is better to be alive without marriage than to die because of marriage.’ We have said that over and over.”

Enenche claimed he was unaware of the supposed violence suffered by his deceased church member, maintaining that the claims sounded odd to him

The 53-year-old also stated that on probing into Osinachi’s death from family members, he was informed about what was transpiring in her household

“Then I began to ask questions. First, I asked the twin sister: ‘Were you aware that your twin sister passed through all these things?’ She said ‘yes’ she knew some of these things and that majority of them, she heard from those she confided in,” the cleric explained.

“I asked her if you (Osinachi’s twin sister) knew, why didn’t you let us know and the twin sister said she always begged her not to let the church and the pastor know. ‘Please, just pray for us, the man will change… and that continued to happen’.”

Buhari To Meet With Service Chiefs On Tuesday