“It Has Been A Period That Has Increased Me”, Says Olumide Akpata As He Bows Out As NBA President 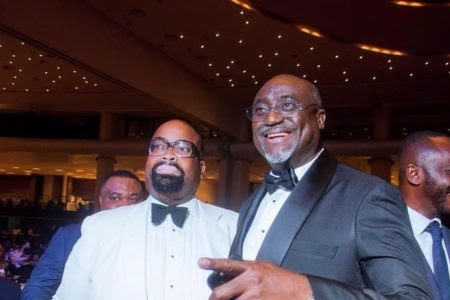 The immediate past President of the Nigerian Bar Association, Olumide Akpata has said that he has taken time to reflect on his years as the President.

He said that he has gotten married during his service as the NBA President. ”It has been a period that has increased me. In the course of being president, I got married”, he said.

Akpata said this on Friday during his handover ceremony to his successor, Y.C. Maikyau SAN.

Akpata’s administration faced a number of legal or constitutional contention ranging from the allegations of professional misconduct against the firm of Wole Olanipekun SAN and the disputed suspension of the NBA General Secretary, Joyce Oduah.

Speaking at the ceremony, Akpata said it has been a huge privilege to serve as the 30th president of the NBA.

He said the NBA is reflective of Nigeria adding that “the good and the bad are in our association.”

“This office comes with huge responsibility, for the first time, I understand the phrase, ‘burden of leadership’.

“For me, it also means that just like Nigeria, we have what I call trapped potential as sometimes there seems to be impediment holding us back.

“And I am quite convinced that with the team led by Maikyau, we are going to even get better.”

He appreciated the people that worked with him.

He urged all lawyers and government officials present at the event to stand for the society.

Shortly after, Akpata administered the oath of office to Maikyau as new president of the NBA.

In his remarks, Maikyau said his predecessor had done very well, promising to build on the achievements of all past NBA presidents.