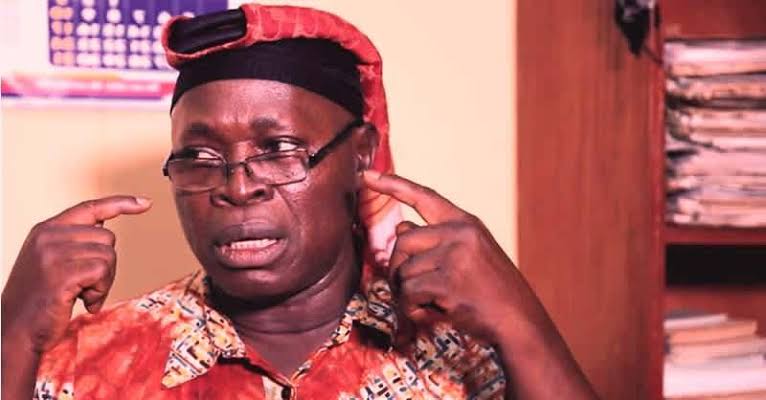 This was made known by the Director of the group, Professor Ishaq Akintola in a statement released on Sunday.

Ishaq noted that the group noticed that the Chief Judge, Honourable Justice Adepele Ojo, has been doing everything possible to undermine Islam and the Muslims in Osun State judiciary.

The statement read, “The Judiciary and Legal Department of the Muslim Rights Concern (MURIC) has for some time noticed an unpleasant trend in the affairs of the Osun State judiciary with respect to the treatment of Muslim judges. In particular, we noticed that the Chief Judge, Honourable Justice Adepele Ojo, has been doing everything possible to undermine Islam and the Muslims in Osun State judiciary.

“This observation is verifiable and we are going to substantiate every point we make here. MURIC does not act on impulse. Neither do we level allegations out of spite. Exempli gratia, one of the past chief judges allocated two pieces of land of equal sizes to both Christians and Muslim communities of Osun State judiciary at the High Court, Osogbo. The Christians built a church on their land while the Muslims also built a mosque on their own.

“But the Muslims left a small portion of their land for future need. Recently, the Muslim community wanted to build a small structure on the remaining part of the land allocated to them. They had already started the foundation laying when the Chief Judge, obviously acting on information, rushed to the site and stopped them.

“She allegedly swore not to allow it till she bowed out of the bench. The Muslim community lost some bags of cement and other materials on account of this injustice. The unfinished foundation is still there till tomorrow for any curious observer to see.

“Another example of her victimization of Muslims was her arrangement of the 2022 foreign trip of honourable judges which she deliberately fixed to coincide with the period of this year’s Id al-Adha Salah. It was so arranged that Muslim judges could not fully enjoy the trip.

“Although such foreign trips were meant to enable judges to relax, the 2022 trip of the honourable judges to Thailand was a traumatic experience for the Muslim judges involved. It must be noted here that the Chief Judge could have fixed the trip during the annual court vacation or at any other time. But she, in her own wisdom, decided to fix it at a time the Muslim judges would lose appetite and feel the pain.

“The trip was undertaken from 4th to 15th July, 2022 whereas Salah was 9th July, 2022. It was therefore seen as a sadistic ploy to put Muslim judges in a panicky state of mind thereby defeating the primary objective of making the trip an avenue for relaxation for judges with the attendant optimal performance on their return.

“This arrangement resulted in a tortuous, tumultuous and topsy-turvy foreign trip for Muslims among the judges. A programme designed ab initio for hardworking honourable judges to regain their strength turned into one of extreme stress and unmitigated psychological trauma for the Muslims among them.

“All available evidence point to the fact that the 2022 foreign trip as scheduled by the Chief Judge put Muslim judges at an undeserved disadvantage. When their Christian counterparts spent the whole period of about 12 days from 4th to 15th July, 2022, the Muslim judges were constrained to spend just 7 days from 2nd to 8th of July, 2022 because they had to rush home to celebrate Id al-Adha in Nigeria on 8th of July, 2022 for the Salah which was held the next day (9th July, 2022).

“Non-Muslims may not comprehend where we are coming from. They may not assimilate the import of this most embarrassing situation unless we create a scenario where Christians are made to go on a trip from 21st December to 4th January! This is most likely to create a hullabaloo which will force Christians to return home on 24th December, a day to Christmas!

“There is every raison d’etre to suspect that the Honourable Chief Judge has targeted Muslim judges who went for the trip for victimization. Perhaps we can ask the respected Honourable Chief Judge if she would like to schedule the 2023 foreign trip for judges in the state from 21st December 2022 to 4th January 2023 (which is Christmas period) or from 5th to 16th April, 2023 (which is Easter period)! Afterall, who feels it knows it.

“When did loyalty to pastors and bishops become the standard yardstick for qualification as judges? This is just a question. No disrespect to the bench is intended. MURIC holds the judiciary in high esteem but we will like to see the judiciary promoting equal right, justice and fair play in all its actions. The judiciary is the last hope of the hoi polloi and the jamaaheer have no hope if the judiciary cannot be fair to themselves.

“In the meantime, Muslims in Osun State and by extension Nigeria as a whole are waiting to see the parameter the Chief Judge intends to use in filling the existing vacancies at the high court and magistrate courts. We have no scintilla of doubt that dozens of qualified legal luminaries who are Muslims are waiting on the line. We are waiting to see how they will be sidelined this time.”