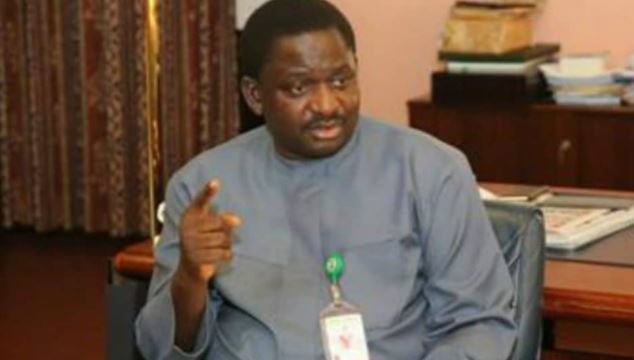 The Special Adviser to the President on Media and Publicity, Femi Adesina, has replied the Northern Elders Forum for asking the President, Major General Muhammadu Buhari (retd.), to resign over his handling of insecurity challenges bedeviling the country.

Adesina revealed this in an article titled, ‘Hiding under the umbrella of insecurity’, and shared on his official Facebook page on Thursday.

It said it was disappointing that after nearly seven years of being in office, Buhari still has no answers to security challenges across the country.

The statement read in part, “The administration of President Muhammadu Buhari does not appear to have answers to the challenges of security to which we are exposed.

“We cannot continue to live and die under the dictates of killers, kidnappers, rapists, and sundry criminal groups that have deprived us of our rights to live in peace and security.

“Our constitution has provisions for leaders to voluntarily step down if they are challenged by personal reasons or they prove incapable of leading.”

But reacting to the NEF’s position in his article, Adesina alleged that NEF was peopled with “self-seeking individuals” who had hoped will get the better of the regime after Buhari’s electoral victory in 2015.

He wrote, “The point of interest today is the hackneyed calls on President Buhari to resign over the country’s security challenges, the latest coming from a so-called Northern Elders Forum (NEF), a group I’d once described as “Generals without troops.”

“The Forum is largely made of angry, bitter, self-seeking individuals, who had thought they would be leading President Buhari by the nose when he emerged in 2015. In fact, key personalities in the group made strenuous efforts to be part of the administration. When they didn’t succeed, they became adversaries.

“It is on record that NEF had always opposed the Buhari administration since its gambit failed, and before the 2019 presidential election, it openly endorsed Atiku Abubakar of the People’s Democratic Party as next President.

“And that completely vitiates whatever position the Forum adopts today. It is partisan, bilious, by no means neutral. It is from a self-serving standpoint.”

Furthermore, the presidential aide argued that there were issues of insecurity globally and that the President was sparing no effort in securing Nigeria and Nigerians.

“Between 2009 and 2022, there were at least 271 mass shootings in United States of America, resulting in 1,518 people killed, and 980 wounded. Just this week, there has been the Brooklyn Subway Shooting, in which at least 23 people were critically injured.

“Every life is important. No single life should be taken wantonly. Not in America, Europe, Asia, Africa, and definitely not in Nigeria. And when challenges occur, as we currently have, it should not be turned to a leaky political umbrella, from under which you hide to express hatred and malice.

“That is what is happening in Nigeria today. Individuals, groups, organizations, political parties, who had been against President Muhammadu Buhari, and who had been given bloody noses at the polls, are now using the smokescreen of insecurity to vent their spleen.

“We failed to oust him through the ballot box, let’s run him out of town by another means. Let’s instigate the country against him. But majority of Nigerians know better.”