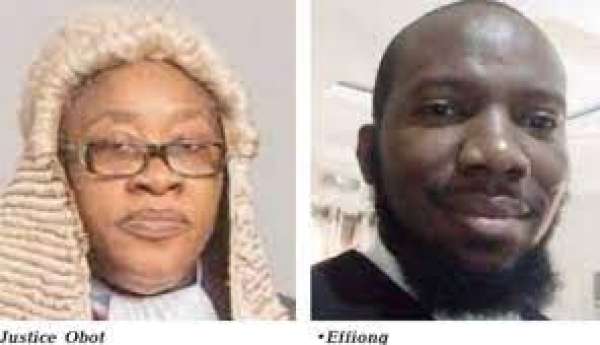 Human rights lawyer lawyer, Inibehe Effiong has sued the Chief Judge of Akwa Ibom State, Ekaette Obot, over her refusal to furnish him with his conviction order and copies of court proceedings, despite repeated applications.

The lawyer, on Monday, filed a suit at the Federal High Court in Uyo, praying the court to direct Justice Obot to furnish him with a copy of the 27 July judgment.

Mr Effiong also urged the court to declare as illegal and unconstitutional, the judge’s refusal to release the conviction order, as it violates Section 36 (7) of the 1999 Constitution as amended.

The Lagos-based human rights lawyer was committed to prison in July by the judge for alleged contempt of court. Nigerian Arrested With 172 Grams Of Heroin In India