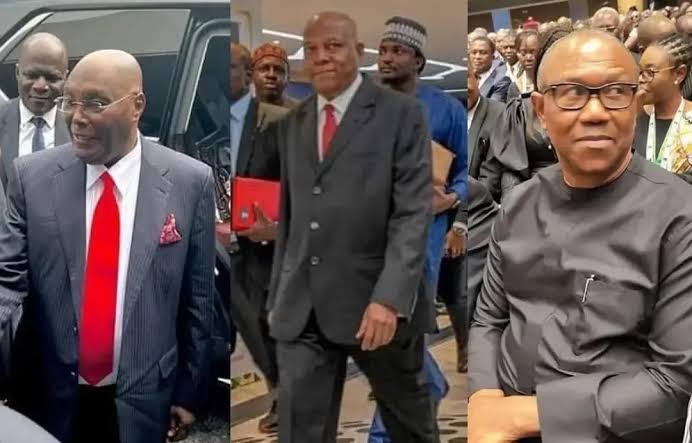 Borno state Governor and the Vice Presidential candidate for the All Progressive Congress (APC), Shettima has said that the only way to tackle the issue of insecurity in Nigeria is to be involved in the process by serving as the Minister for Defense. Shettima said this at the 2022 Annual General Conference of the Nigeria Bar Association held today at Eko Hotels, Victoria Island, Lagos.

In his words: Insecurity has been one of the key setbacks of the country and a hindrance to national growth.

Gov Shettima said that Tinubu is ready to rescue the nation from the defect of insecurity rampaging the country.

Peter Obi said that for Naira to be stabilized, the country must move from consumption to production. The country must start producing so that there will be less importation of goods.

According to Obi, Nigeria should focus more on security, law and order and that there should be improved access to electricity to reduce cost of production and Nigeria a better country.

Atiku noted that the federal government should give access to state police so as to curb the insecurity menace that have worsened the economy of the country.

Dumebi said that implementation of bills, giving security men weapons are part of the ways to curb the issue of banditry in the country.

All the Presidential candidates concluded that Nigeria needs to move forward from it’s present time and that voters should vote into power, someone who can make a bold transition in this present day.