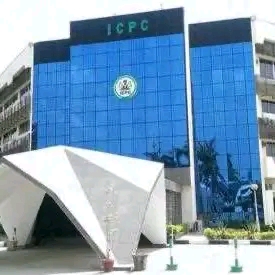 The Independent Corrupt Practices and Other Related Offences Commission (ICPC) has arraigned one Nasiru Alhassan Ahmed and his company, Ramat Concrete Limited on offences bordering on alleged forgery and land racketeering.

The duo was docked before Hon. Justice I. Mohammed of the Federal Capital Territory (FCT) High Court 54 sitting in Gwagwalada.

The Commission told the Court of how the 2nd defendant, Mr. Ahmed, who was at a time the Personal Assistant on Land Matters to the then Minister of State for FCT in 2009, made use of privileged information at his disposal on a land at Plot 1460 Cadastral Zone E27 Apo Resettlement, took advantage of the vacuum that existed on the plot, that there was no Right of Occupancy or Certificate of Occupancy granted on the Land, and incorporated Ramat Concrete Limited for the purpose of acquiring the plot.

The Court was also informed of how the 2nd defendant used his position to mislead the Federal Capital Territory Authority to allocate the said plot of land to his Company using fake names and address on the application forms.