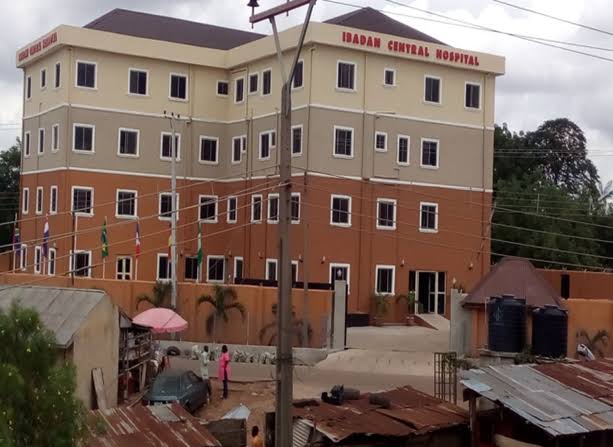 The arrest of two nurses, Muibat Olatunji, 27, and Oluwafunmilayo Omeh, 22, alongside security men, Bamidele Bamiro, 32 and Godwin Omomoh, 22, may have exposed the brisk business done with human body parts in various hospitals.

The suspects, who were personnel working with Ibadan Central Hospital, Ibadan in Oyo State, were caught for allegedly conspiring and cutting off flesh from a corpse deposited in their hospital.

The motive behind the dastardly act was not revealed by the Police but sources said that they may have cut the flesh for sale for ritual purposes before they were eventually caught and handed over to the Police.

The suspects were later charged before the Iyaganku Chief Magistrates’ Court sitting in Ibadan, Oyo State, for the alleged offence.

The Police alleged that the defendants cut the flesh of late Rachael Boluade’s corpse, who died in their hospital, by taking off flesh from her forehead and right hand.

They pleaded not guilty when they were arraigned in Court.

The Presiding Magistrate, Mr. Emmanuel Idowu, granted them bail in the sum of N200,000 each with sureties in like sum, who must show evidence of means of livelihood.

They were slammed with a two-count charge of “having no regard for the corpse and offering indignity to the corpse”.

The Defence Counsel, Mr. George Olaniyi, who appeared for the first and second defendants, asked for their bail in liberal term after the defendants pleaded not guilty.

The matter was adjourned till 19th December, 2022, for mention.

The Prosecutor, Inspector Iyabo Oladoyin, had earlier told the Court that the defendants and others, now at large, allegedly conspired together to commit the offence on 30th October, 2022, without lawful justification for indignity to the corpse of one Rachael Boluade, who died in their hospital.

Inspector Oladoyin said the offence contravened Sections 242 and 517 of the Criminal Code Laws of Oyo State 2000 and if the defendants are found guilty of the charges, they are liable to two years imprisonment each or option of fine depending on the discretion of the Court.