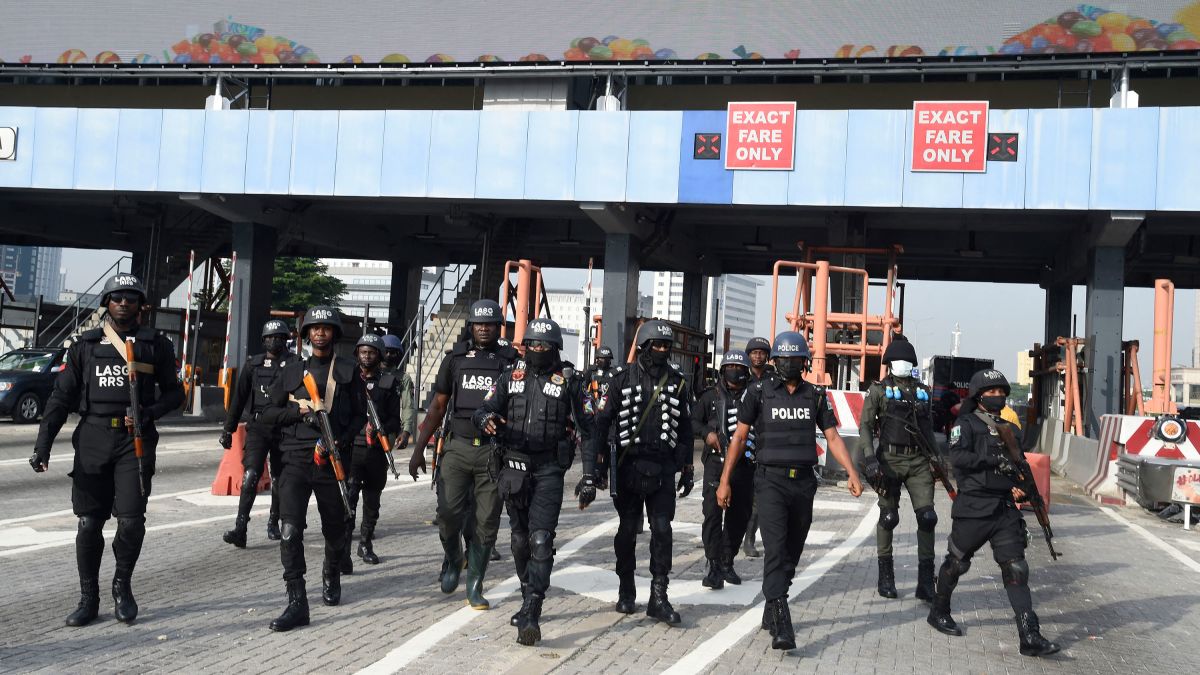 There is heavy security at the Lekki-Ikoyi Link Bridge on Friday ahead of the resumption of toll payment on the bridge.

The Lekki Concession Company had announced that it would resume toll operations at the Lekki-Ikoyi Link Bridge from April 15, 2022.

This is coming about 19 months after tolling was suspended at the bridge following the aftermath of protests against police brutality and extrajudicial killings in Lagos State in October 2020.

The Managing Director of the LCC, Yomi Omomuwasan, who announced the plan, had said the resumption of tolling at the bridge is coming after extensive consultations with, and support of key stakeholders including the Residents’ Associations, Traditional Rulers, Community Leaders, professional bodies as well as the Lagos State Government.

But the announcement was met with resistance from youths and residents who vowed to protest against tolling.

Subsequently, the Lagos State Commissioner of Police, Abiodun Alabi, warned against protest over the reopening of the Lekki toll plaza.

He gave the warning in a statement titled, ‘Lekki tollgate protest: Breakdown of law and order will not be tolerated – CP Alabi’, by the Lagos Police Public Relations Officer, Benjamin Hundeyin.

The statement read, “This assurance has become imperative following news making the rounds that some Nigerians are planning to protest at the Lekki Toll-gate, an action capable of grounding commercial activities and obstructing the free flow of traffic.

“While the Command is not averse to the peoples’ right to freedom of assembly and association; and expression, the Command will equally live up to its mandate of ensuring that no person or group of persons is allowed to infringe on the fundamental human rights of others, especially the rights to freedom of movement and right to dignity of human persons.

“CP Alabi, therefore, warns all intending protesters that anyone found infringing on the rights of other Nigerians will be dealt with in accordance with the law.

“Meanwhile, CP Alabi once again enjoins all peace-loving Lagosians to go about their lawful duties without fear of harassment or intimidation, reiterating that adequate security assets have been strategically deployed to ensure their safety and security.”