Hanifa: Wife Of Self-Confessed Killer Testifies Against Him In Court 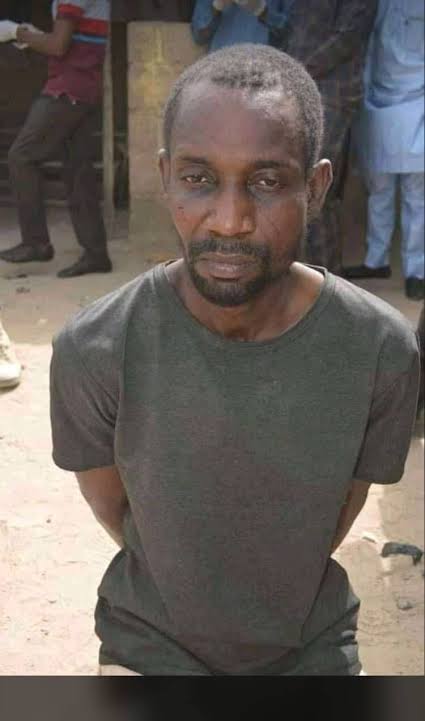 The wife of Abdulmalik Tanko,  Jamila Muhammad Sani, has testified against him at a Kano High Court, on Thursday.

The court sitting at Audu Bako presided was over by Justice Usman Na’abba.

Three witnesses were presented on first day (March 2) which include two DSS personnel and a police officer who was the IPO of the case.

Presenting more witnesses as promised, the state counsel present one other woman and then Jamila as the fifth prosecution witness.

Standing before the court, she identified Abdulmalik Tanko as her lawfully wedded husband and the second defendant, Hashim, as his friend ever since she knows him.

“He brought the girl to my house and told me that her mother is a teacher in his school and had gotten a job in Saudia Arabia and will be going to Abuja to sign some papers.

“She came with school uniform and school bag. I asked where is her clothes and received her and remove her uniform.

“The following morning till evening I asked him the whereabouts of the mother, he said she did not call but he called and she said the queue was much so she’s not coming back that day.

“She spent the next two days, he said she called and said her money has finished she’s in Kaduna.

“From there I stopped asking him because he said doesn’t have money to come back. The day he brought her she started crying and he then introduced Hanifa to his children Safiya and Aisha. Hanifa is fair, beautiful girl, tall around 5-6 years.”

She identified Hanifa’s picture as the child brought to her.

“After 5 days, he said he’s going to take her back. It was at night, I then took her uniform back to her. They were all asleep. I told him to allow for the following morning, her Friends are also asleep but he insisted. It was 7-11pm. He took her out around 11pm.

“Before he came back I was asleep. When he came back and didn’t know the time. She identified the badge, Hijab and the uniform Hanifa was wearing when she was brought to her and when she was killed. That’s all I know.”

Counsel to the defendants led by M. A Usman then cross examined Jamila before the court discharged her.

While answering questions from the defence counsel, she further informed the court that, “he told me Hanifa’s mother name is Murja.

“We don’t mingle with neighbours unless there’s an event (occasion). Never brought anything or anyone home except Hanifa.

“She was brought on Saturday and stayed till Thursday. My eldest child is 4years old attending Northwest Preparatory school.

“We were married for over 6 years. I never knew that Hanifa was missing until DSS came to us.

A total number of eight prosecution witnesses were presented to the court.

The case has been adjourned till 9th and 10th March, 2022 for further hearing.