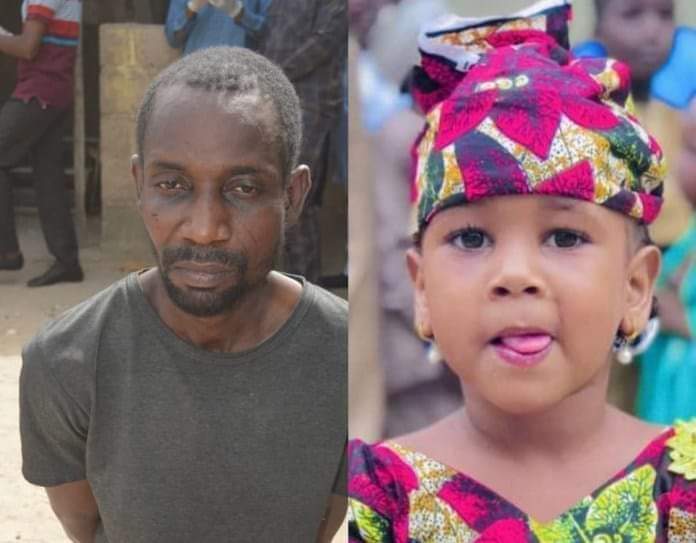 In the recent court case, the proprietor of five-year-old student Hanifa Abubakar who earlier confessed to her murder has again denied knowledge the child’s death.

Tanko again denied his pupil’s murder on Monday during court sitting at High Court number 5 at Audu Bako on Monday.

At the court which was presided over by Justice Usman Na’abba, the proprietor who had self-confessed to killing Hanifa with rat poison only admitted to conspiracy, but denied the remaining three charges against him, including kidnap and subsequent killing of the child.

While admitting to taking Hanifa to his school and locking her up, he said, “I am not sure if I am the last person who saw her alive because I had earlier communicated to someone else about it.

“I did neither; killed nor poisoned her. I left her sleeping and came back to see her dead.

“Myself, the second and third defendants did not know how she died.”

It was on December 4, 2021, that Hanifa Abubakar was kidnapped on her way home from Islamiyya School and subsequently discovered to have been killed.

Earlier, Tanko confessed to kidnapping and killing the victim with N100 rat poison before burying her in a shallow grave in one of his schools.

The trio of Abdulmalik alongside his accomplice, Hashim Isyaku and Fatima Bashir were arraigned before the Kano State High court on five count charges bordering on criminal conspiracy, kidnapping, confinement, and culpable homicide contrary to sections 97, 274, 277, 221 of the penal code.

The case has been adjourned to May 10 for continuation of the defense hearing.