Group Moves To Secure Release Of 13 Inmates In Suleja Correctional 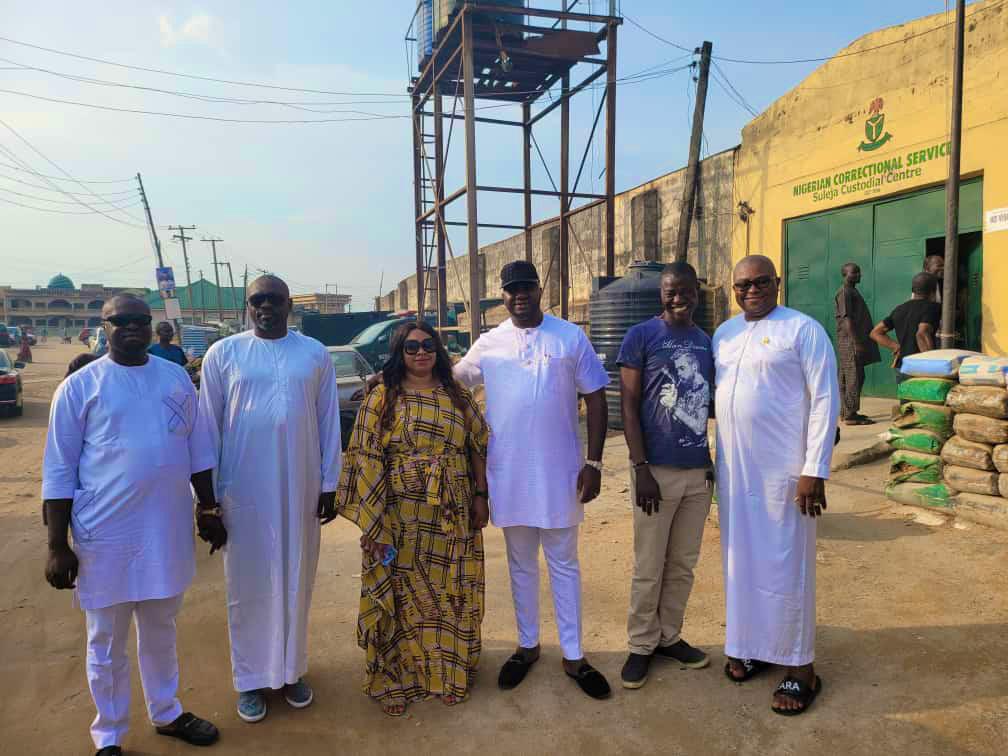 A non-governmental organisation, Osisioma Foundation has commenced talks with relevant government agencies to secure the release of 13 inmates with minor offences at the National Correctional Service facility in Suleja, Niger State.

The Foundation announced this in a social media post shortly after the founder and president, Prince Onyeka Eze led other dignitaries on a visit to the center recently.

“Courtesy visit to suleja Prisons, Niger State And we discussed extensively with the Incharge/Staff for immediate release of 13 Inmates…

The Foundation also took food items, relief materials and medical items while on the visit in an effort to improve the living conditions of the inmates.

This has however attracted so much commendation from Nigerians, who also prayed God to strengthen the organization.

Recall that not long ago, the Foundation also renovated some cell units at the Awambia Prisons in Anambra State.

This is in addition to the empowerment of inmates so that they can become useful members of the society upon the completion of their term.

Africa Must Collaborate Globally To Gain From International Taxation – Osinbajo