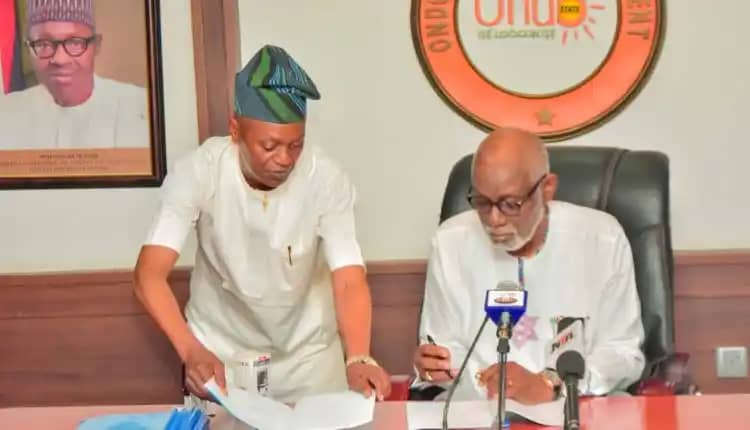 The event was held at the governor’s office at Alagbaka Akure, Ondo state’s state exco chamber. The law, according to Governor Akeredolu, will offer alternative dispute resolution, facilitate settlement outside of court, and revive public confidence in the judicial system.

He praised the judiciary and legislators for working together, saying the change will speed up legal proceedings and reduce the workload for judges.

On his part, the chief judge of Ondo state Justice Williams Akintoroye described it as historic, stressing that it would reaffirm the confidence of the people in the judicial system.

Court Sets Up Task Force of Judges For Pre-election Cases