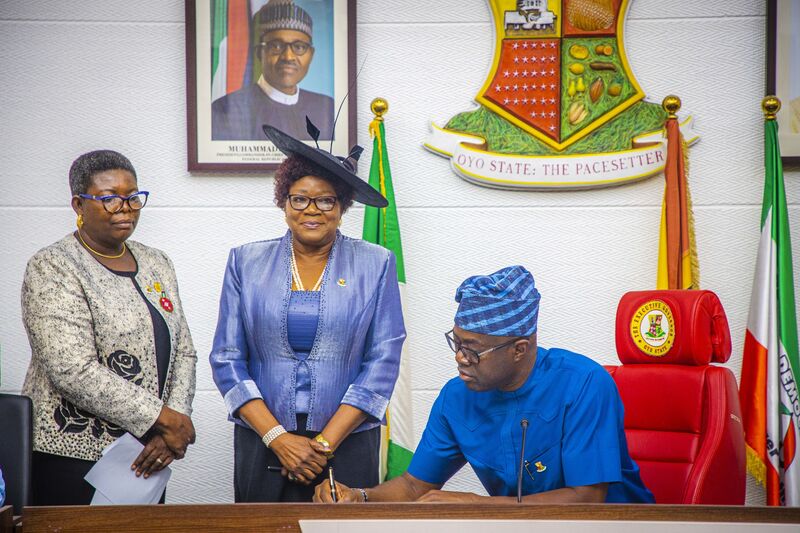 On Monday, Governor Seyi Makinde of Oyo State swore in Justice Iyabo Yerima as the Acting Chief Judge of the State.

A few days after Justice Muntar Abimbola resigned from the bench with great honors, Justice Yerima, the new acting chief judge, needed to be sworn in.

Governor Makinde stated during the event at the Executive Chamber, Secretariat, Ibadan, that his administration will provide her all the resources she needs to carry out her duties responsibly.

The governor, however, expressed his confidence in the new Acting Chief Judge’s ability to steer the ship of the judiciary in the state.

He continued by saying that his administration will keep cooperating with the other branches of the government to create a government that the people of Oyo State could be proud of.

He explained that if re-elected under Omituntun 2.0, his administration would go farther in addressing the judiciary’s infrastructural shortfall and completing the modernization process.