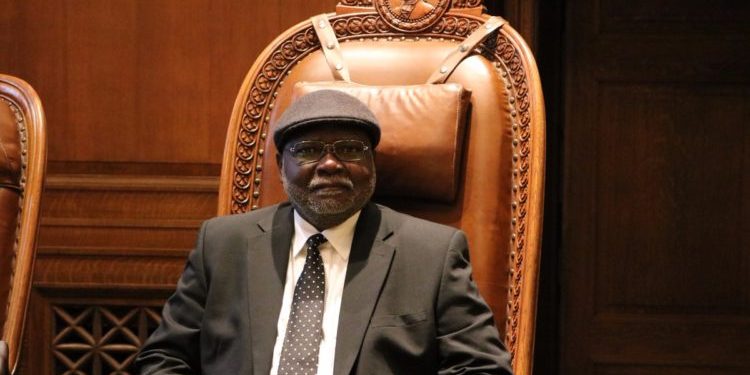 The supreme court says Olukayode Ariwoola, chief justice of Nigeria (CJN), is not under probe by the Department of State Services (DSS) over his recent comment about the Integrity Group.

Ariwoola recently said he was pleased that Seyi Makinde, governor of Oyo, is a member of the Integrity Group, a group of Peoples Democratic Party (PDP) stakeholders calling for the resignation of Iyorchia Ayu as party chairman, at a dinner held in his honor in Rivers state.

The G5 is a group of five PDP governors, including Nyesom Wike, the governor of Rivers.

Despite the supreme court’s denial that Ariwoola spoke on behalf of the Integrity Group, the comment has drawn a variety of responses. On Tuesday, rumors circulated that the CJN was being questioned by the DSS regarding the comment.

There were rumors that several supreme court justices had called for the CJN’s resignation due to the remark.

However, in a statement on Tuesday, Festus Akande, spokesman of the supreme court, described the claims as “lies” targeted at defaming Ariwoola.

“It has become very obvious that those with sinister motives have perfected plans to unleash all manner of coordinated attacks on Judicial Officers, starting from the CJN with a view to arm-twisting and blackmailing and ridiculing them to silence, ultimately for their ulterior motives,” the statement reads.

“For sure, it will only take an undiscerning mind to believe this string of falsehood, misinformation and blackmail.

“Nigerians are much wiser to fall for this armchair criticism and disingenuous sponsorships of paid crowds who masquerade as ‘civil society organisations’ to help them further their inordinate ambition of gagging and fettering the Nigerian Judiciary so that they could cowardly do their biddings.

“The publication, which was laced with tissues of lies, non-existent sources of information and unsubstantiated claims, clearly showed the unwholesome intentions of the authors.

“For the records, no single Justice of the Supreme has asked the CJN to resign, and no Justice of Supreme Court has or is writing any letter of protest whatsoever.

“This stream of falsehood, as usual, is flowing from the same discredited source that is hell-bent on destroying the Judiciary for some selfish interest.

“The Supreme Court Justices are united and firmly behind the CJN; and are, as usual, all working assiduously to dispense justice without fear or favour.

“Neither the CJN nor the Honourable Justices of the Supreme Court or other Courts for that matter, are politicians, so, none of them should be dragged into politics in any form whatsoever.

“Our advice to this set of rabble-rousers whose stock in trade is character assassination via dissemination of false information to create tension and disaffection, is to have a rethink and engage in meaningful productive activities that will move the nation forward. A word is enough for the wise.”