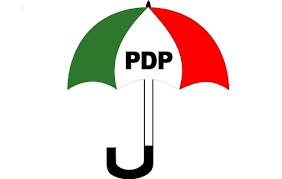 The Peoples Democratic Party (PDP) has slammed President Muhammadu Buhari for travelling out of the country and abandoning Nigerians amid the fuel scarcity across the nation.

This was disclosed in a press statement signed by the National Publicity Secretary of the party, Hon. Debo Ologunagba. The party accused leaders of the All Progressives Congress (APC) at the helm of affairs in the petroleum sector of crippling economic activities in Nigeria.

“The decision by President Muhammadu Buhari to jet out to the United Kingdom (where leaders are committed) for yet another ‘routine medical check-up after his administration has wrecked our healthcare system and when the nation which he leads is in crisis, underscores the insensitivity of the APC which by nature and outlook has never been ready for governance since inception,” the party said in the statement issued on Thursday.

“While other world leaders are solving problems in their countries, President Buhari, who promised to fix our refineries, abandoned Nigerians to the excruciating fuel crisis caused by the corruption perpetrated by APC leaders in the helm of affairs in the petroleum sector, which has now crippled economic activities in the country.”

With President Buhari out of the country, the PDP explained that this action “exposes APC’s lack of commitment towards the wellbeing and development of Nigerians youths”.

The main opposition party regretted that the populace was at the mercy of black-market vendors.

“With the corruption and abdication of duty by the APC, our nation is now at the mercy of black-market vendors who charge already overburdened Nigerians as high as N500 per liter of fuel; a development that has resulted in [a]spiral increase in transport fares, costs of food, medicines, and other essential commodities,” the communique read.

“This is in addition to the collapse of many businesses, massive loss of jobs, hunger and starvation, [the] sudden death of breadwinners with grave economic pressure on millions of families and attendant social consequences to our country.”

The party claimed that the APC leadership is in chaos with no solution to the prevailing crisis in the country.

It, therefore, charged Nigerians to brace up and support one another in the face of “abandonment” by the APC administration, stating that these are “critical indicators that show that the APC has abdicated its constitutional duty to guarantee the security and welfare of the people”.

2023: I’m Contesting Because Of Your Children’s Future – Tinubu

COMMUNIQUE ISSUED AT THE END OF THE QUARTERLY [VIRTUAL] MEETING OF THE NATIONAL EXECUTIVE COUNCIL [NEC] OF THE OF THE NIGERIAN BAR ASSOCIATION HELD ON WEDNESDAY, THE 23RD DAY OF FEBRUARY, 2022