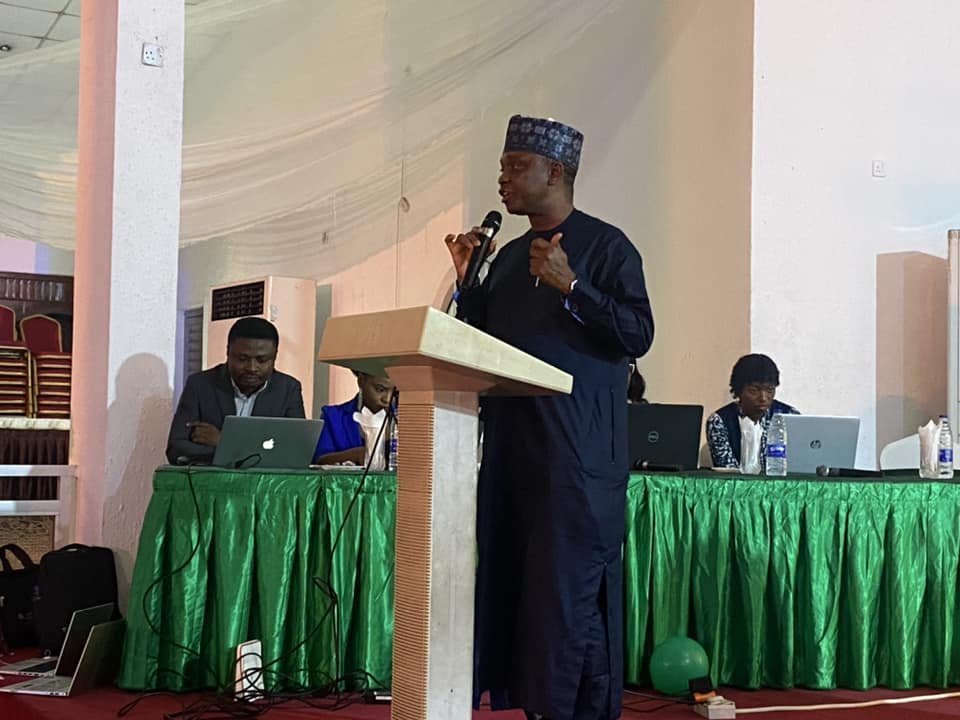 The Registrar General of the Corporate Affairs Commission (CAC), Alhaji Garba Abubakar has stated that the filling of different financial reports to Regulatory Agencies by registered entities will soon be over in Nigeria. The CAC Boss said this in Lagos at the unveiling of an electronic filing system for the filing of financial statements by registered entities.

The event marked another milestone achievement for the Commission, which has continued to pursue far-reaching reforms since Alhaji Garba Abubakar assumed leadership of the companies’ registry.

Garba Abubakar, who stated that the accounting software drew inspiration from the extensible business reporting language (xBLR) standard in line with global best practices, added that the system would be made available to other regulatory bodies in the country to ensure synergy.

During the unveiling of the EFS, Damilola Awe, of GMD Centrifuge Information Technology Ltd. (a software developer), described it as an online account filling system by CAC supported by EU-ACT for regulated entities such as CSOs, NGOs, integrated trustees, private limited liability companies, and other business entities.

He insisted that by leveraging what he called cutting-edge technology known as Extensible Business Reporting Language (XBRL), the EFS adheres to global standards for filing financial statements as established by other country regulators such as the SEC in the United Kingdom, the SEC in the United States, and IFRS, among others.

During the event, the CAC also unveiled a Beneficial Ownership Register (BOR) platform in a bid to further strengthen the present administration’s fight against corruption.

Unveiling the platform to the customers and stakeholders, the Registrar, Alhaji Garba Abubakar, said it was in line with President Muhammadu Buhari’s commitment to the Open Government Partnership Initiatives at the 2016 London Anti-Corruption Summit.

Garba Abubakar, who said the BOR will provide a simple, precise, and user-friendly environment for the search and provision of information on persons with significant control (PSC), added that it is accessible in real time via http://bor.cac.gov.ng

In a presentation by Priscilla Orukpe and Helen Odoma, the BOR developer, Oasis Management Company,described the BOR Portal as an automated platform where records of PSC collated by CAC are stored and accessible both to the general public and for government use.

Oasis said the BOR Portal will enable users to find the Person with Significant Control (PSC) of any entity when a search is initiated with either of the following parameters: the entity’s name, the entity’s number, the PSC’s first name, and the PSC’s surname.

Meanwhile, the CAC has revealed that in the coming weeks it will launch a customer relationship management system (CRM) in order to upscale the Commission’s customer service by affording customers the opportunity to lodge and resolve complaints in record time.

During the event, goodwill messages and presentations were received from the Chairman of the Code of Conduct Bureau, Professor Isah Mohammed, who was a special guest, and from SCUML, CBN, SEC, NBA, ABCON, FRC, and OGP, amongst others.

It was reported that most of the stakeholders and customers who spoke at the event were full of applause for the CAC and therefore urged it to ensure continued and frequent engagement and sensitisation.