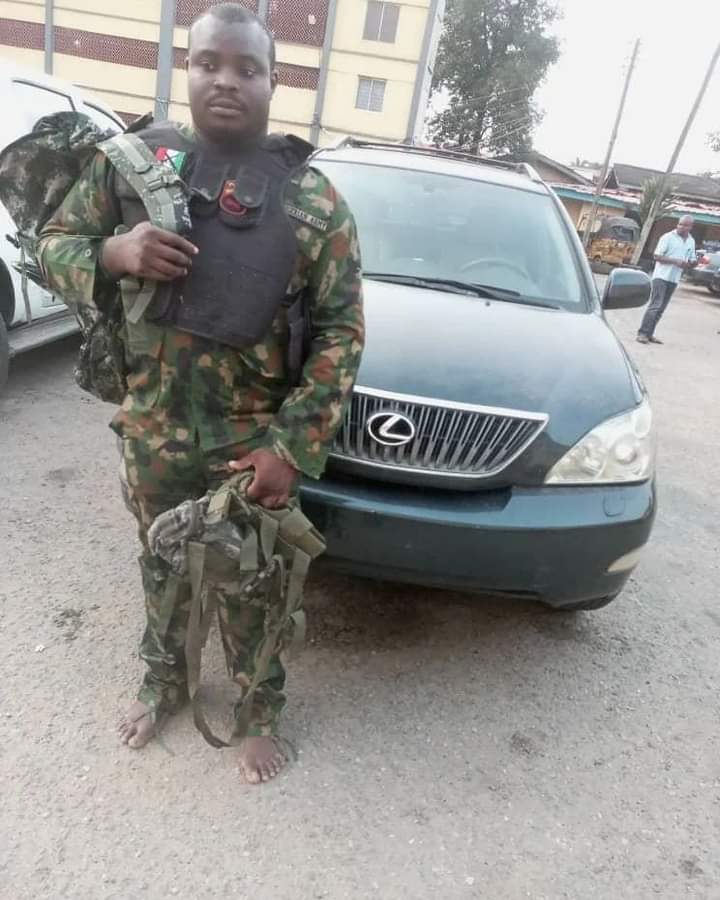 The fake soldier, who poses as a modeling agent, would invite ladies for auditioning and then rob them of their cars and valuables at gunpoint. He was arrested following a painstaking investigation that was launched after one of his victims reported the robbery of her Lexus RX330 SUV.

Items recovered from him include one Ford Edge SUV with registration number KRD 276 EG, one sewing machine, one POS machine with six SIM cards, two pairs of military camouflage uniform, and one number plate – AFL 469 GD, in the suspect’s house.

Confirming the arrest to newsmen, the spokesperson of the state police command, says investigation is ongoing and has called on the owner of the Ford SUV to come forward to claim it. He added that the suspect would be arraigned at the conclusion of the investigation.