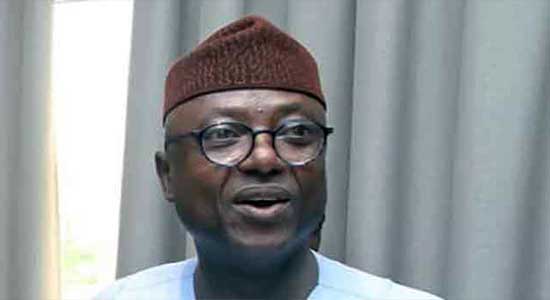 The Speaker of Ekiti State House of Assembly in South-West Nigeria, Funminiyi Afuye is dead.

This was made known through Yinka Oyebode, the Chief Press Secretary to Governor Abiodun Oyebanji on Wednesday evening.

The late Assembly Speaker served as Commissioner for Information during first term of former Governor Kayode Fayemi between 2010 and 2014.

Afuye hailed from Ikere-Ekiti in Ikere Local Government Area. He was first elected to the Assembly in 2007 on the platform of the defunct Action Congress (AC) when the 26 seats in the Assembly were shared at 13-13 each by his party and the People’s Democratic Party(PDP).

He was the leader of his party’s caucus during the turbulent period to reclaim the mandate given to ex-Governor Kayode Fayemi in the 2007 governorship election, which was restored by the courts in 2010 after which Afuye became the Majority Leader following the defection of five PDP lawmakers to AC(N) to join the party’s 13 Assemblymen at the time.

At the end of his tenure in the House, he was appointed by Fayemi as Information Commissioner and later Commissioner for Regional Integration.

Afuye was re-elected to the Assembly in 2019 and emerged Speaker, a position he was denied in 2007 because of PDP’s control of the executive and last-minute change of Assembly’s Standing Order to prevent an opposition legislator from winning the Speaker’s seat.