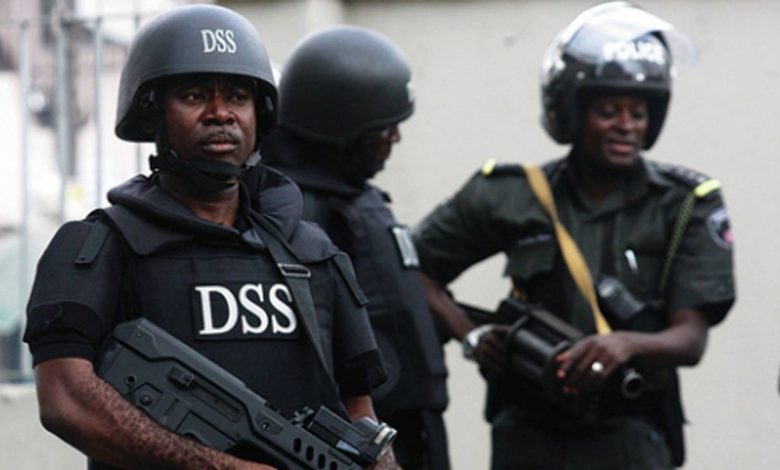 The Department of State Services (DSS) has denied news making its rounds on the invasion of the office of the Governor of the Central Bank of Nigeria.

In a statement on Monday, by DSS spokesman, Peter Afunanya, also said the secret police did not arrest the CBN Governor, Godwin Emefiele.

Dismissing media reports of the purported arrest, the DSS spokesman described it as fake and misleading.

“The attention of the Department of State Services (DSS) has been drawn to the false news making the round that its operatives invaded the Central Bank of Nigeria and arrested its Governor, today 16/1/23.

“This is fake news and quite misleading,” the statement reads.

Meanwhile, Emefiele has resumed duty after his annual vacation abroad.

The CBN Director of Corporate Communications, Osita Nwanisobi made this known in a statement on Monday.

“The apex bank governor resumed with renewed vigour to perform his duty ahead of the first Monetary Policy Committee (MPC) meeting of the year scheduled for January 23 to 24, 2023,” the statement read.

“Mr Emefiele remains committed to performing the task before him in line with his oath of office and the policy direction of President Muhammadu Buhari.

The DSS recently came after Emefiele whom they took to court for alleged terrorism financing.

The secret police had approached an Abuja court to arrest the CBN governor over alleged terrorism financing and economic crimes of national security but Justice Maryam Hassan of the Federal Capital Territory High Court Abuja, quashed the move by the DSS.

Thereafter, the judge barred the DSS from arresting, inviting, or detaining Emefiele, declaring the terrorism allegations against the CBN governor by the DSS as vindictive, callous, oppressive, void and of no effect.