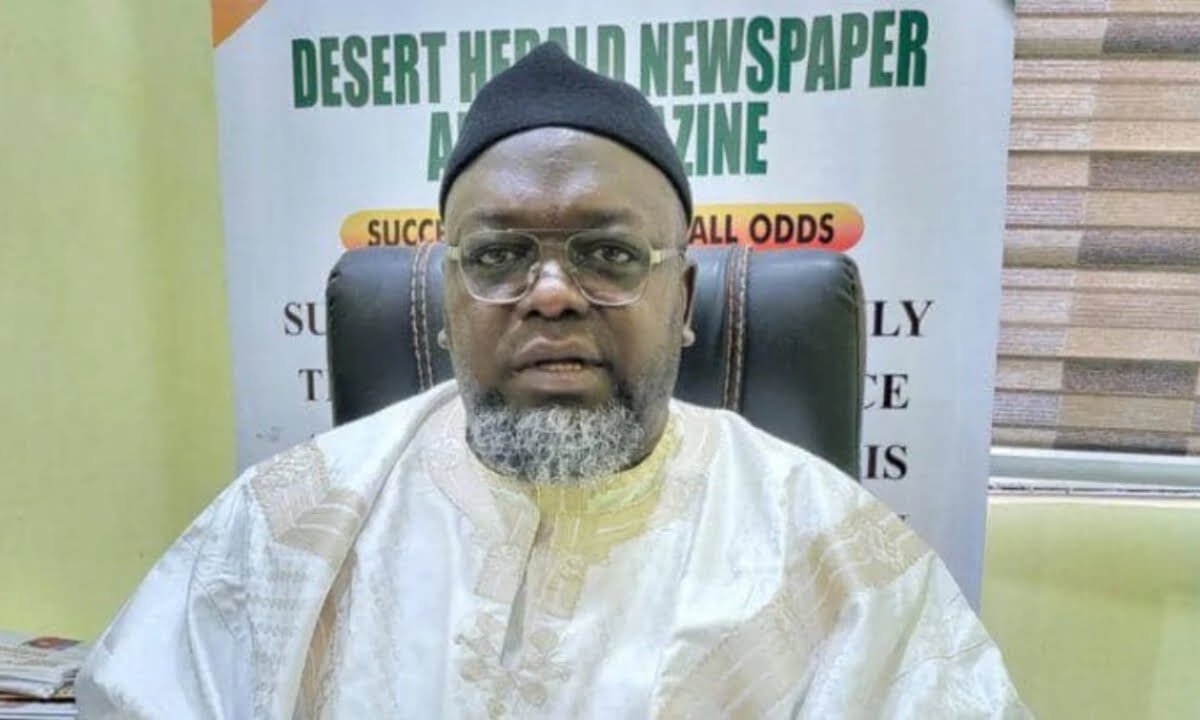 The Department of State Services (DSS) has alleged that its preliminary investigation established the offences of a logistic supplier, aiding and abetting acts of terrorism against Tukur Mamu.

The DSS, in an affidavit in support of its ex-parte motion marked: FHC/ABJ/CS/1617/2022 filed before Justice Nkeonye Maha of a Federal High Court, Abuja, also alleged that the investigation established Act of terrorism financing against Mamu, the former terrorists’ negotiator.

Justice Maha had on Tuesday granted the motion ex-parte moved by counsel for the DSS, Ahmed Magaji, seeking an order to detain Mamu for 60 days in the first instance, pending the conclusion of the investigation.

The motion was dated and filed on Sept. 12 by U.N. Dauda, a lawyer with the security outfit.

The DSS, in the application, had sought “an order enabling the State Security Service/applicant to detain the respondent (Mamu) for a period of Sixty (60) days in the first instance, pending the conclusion of investigations.”

Mamu is the sole respondent in the suit.

In the affidavit in support of the ex-parte motion deposed to by Hamza Pandogari, a legal officer with the DSS, he said it was necessary for Mamu to be detained for 60 days in the first instance, pending the conclusion of investigations of various acts of terrorism against him.

Pandogari alleged that Mamu, “the self-acclaimed Kaduna train negotiator exploited the opportunity to perpetrate, aid and abets as well as render support to both local and international terrorist organisations.

“That the respondent was intercepted by the Nigerian foreign partners at Cairo, Egypt, on 6th September 2022, while on his way to Saudi Arabia for a clandestine meeting with commanders and top leaders of terrorist organisations across the globe.

“That upon his interception and subsequent repatriation to Nigeria, a duly signed search warrant was executed in his residence and office at No. 4, Ali Ladan Street, Sabon Kawo GRA and No. 14, Mamona Road, Anguwan Sarki, Kaduna State and various exhibits and items to establish his complicity with terrorists were recovered.”

The agency listed some of the items recovered from Manu’s residence and office to include 151 dollars, 20 pounds sterling; 1, 530 Indian Rupees; one Saudi Riyald; 70 Dirham; one million, five hundred and six thousand naira; and 16 assorted foreign coins.

The DSS said the “preliminary Investigation so far established, amongst others, the offences of a logistic supplier, aiding and abetting acts of terrorism as well as terrorism financing against him.

“That the defendant (Mamu) has used the cover of his profession as a journalist to aid both local and international terrorist groups.

“That the action of the defendant has orchestrated the untimely death of security personnel in North Central and North East parts of Nigeria.

“That the defendant has discreetly given information to bandits and terrorists that escalated various acts of terrorism in Nigeria.

“That the investigation has assumed a wider dimension and sophistication requiring time and advanced expertise to conclude.

“That some of the suspects working with the defendant are at large and premature release of the defendant will jeopardise the ongoing investigation.

“That it is in the interest of justice and national security to grant this application.

“That the activities of the defendant and his associates at large constitute a potent threat to the unity and peaceful co-existence of Nigeria.” NAN quoted him as saying.