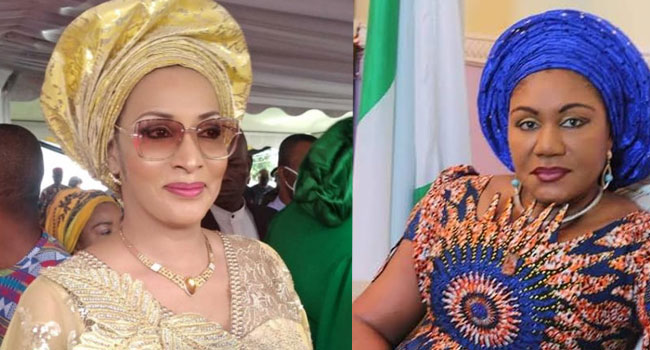 There was drama on Thursday during the inauguration of Charles Soludo as Anambra State governor when Ebelechukwu, wife of ex-Governor Willie Obiano, and Bianca Ojukwu Slapped eachother.

The altercation reportedly occurred when Mrs Obiano went over to where Mrs Ojukuwu was sitting. It is not clear the exchanges between both women before the situation degenerated.

While some reports said Mrs Obiano started the clash by slapping Mrs Ojukwu, some other reports indicate that it was Mrs Ojukwu, angered by what was said to her that slapped Mrs Obiano first.

Security personnel at the venue quickly intervened and pulled both women apart from each other.

The newly sworn-in Anambra State Governor has apologized for the clash between the two parties.

Soludo, in a statement signed by his spokesperson, Joe Anatune, said the altercation was “caused by improper communication which itself arose from a personal issue between the two parties involved in the breach.”

The statement added that “steps are being taken to resolve the misunderstanding and restore the parties to their previous relationship.

“Anambra State has over the years been known for a huge stock of social harmony, and the stock will increase substantially in the years ahead as part of the concerted effort to accelerate the state’s development.”