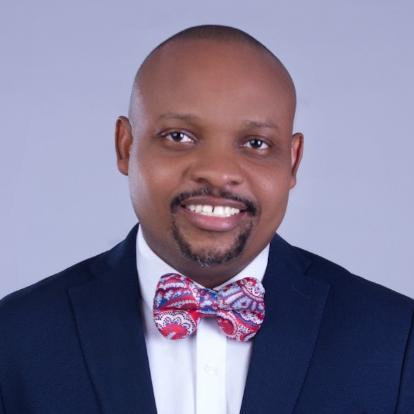 Ikechukwu Uwanna, the Chairman of the Nigerian Bar Association (NBA), Lagos Branch, has responded to the Former Assistant Secretary, Lagos Branch, Bayo Akinlade’s statement criticizing the upcoming annual dinner being planned by the NBA Lagos Branch, negating and not supporting the allegations.

According to Uwanna, NBA Lagos Branch has a very robust Human Rights Committee (HRC) and Programme.

The branch reportedly lavishly spent N30 million Naira on a branch dinner, according to Akinlade.

I read the statement published by The Nigerian Lawyer blog, credited to Mr. Bayo Akinlade, a former chairman of the NBA Ikorodu Branch, deriding the forthcoming annual dinner being planned by the NBA Lagos Branch.
Ordinarily, I would not respond to the publication given the fact that the NBA Lagos Branch reserves a right to decide how to spend its funds as budgeted and approved by its members but since it has now become an annual ritual for Mr. Akinlade to criticize the very responsible members of the NBA Lagos Branch, I consider it necessary to set the record straight.

It is important to note that the NBA Lagos Branch has a very robust Human Rights Committee (HRC) and Programme. Indeed, the administration of the NBA Lagos Branch (building on the work of past administrations) has elevated the discourse on human rights and supported its Human Rights Committee in achieving the objectives of the NBA. The HRC has in the past year conducted an audit of inmates in Ikoyi Custodial Center. Over 200 inmates were interviewed and matters litigated in various courts.

To commemorate the International Human Rights Day, the HRC is set to engage principal stakeholders in the administration of justice, through a platform called Stakeholders’ engagement dialogue series, culminating in a world-class summit on the 13th of December 2022 to create awareness on Human Rights issues.

It is uncharitable for Mr. Akinlade to denigrate the efforts of over fifty (50) volunteers of the NBA Lagos Branch HRC who are working tirelessly to ensure that the NBA Lagos Branch fulfills its mandate to society to uphold the human rights of members and citizens of Nigeria.

The glamorous yearly dinner of the NBA Lagos Branch is an age-long tradition. Members, Law Firms, and Corporates who find value in the hosting of this annual event donate to fund the event. We inherited this tradition from our past administrations one of which Mr. Akinlade served as Assistant Secretary many years ago. This tradition beyond its social value is another opportunity for the members of the NBA Lagos Branch to network in a very congenial atmosphere, exchange ideas, knowledge, and develop capacity for the year ahead. It is also a business development event for the Branch.

Interestingly, every branch of the NBA (including the Ikorodu Branch under Mr Akinlade’s leadership) hosts an annual dinner or similar event. We are not aware that Mr Akinlade has stopped wining and dining in his Branch, office or household because he would rather use the funds to address human rights abuses.

The 2019 Dinner, which Mr. Akinlade referred to in his uncharitable publication generated a surplus of about N20million, which the Branch judiciously utilized to sponsor over 100 of its members to obtain training and CIARB certification in arbitration, provide COVID-19 palliatives for thousands of young and mid-level lawyers during the COVID-19 lockdown, subscribe members to a Health Insurance Scheme and fund other welfare projects for our members. Of course, Mr. Akinlade’s bad faith won’t let him get his facts right.

The NBA Lagos Branch is committed to a well-rounded capacity and welfare development of its members; that is why issues of Health Insurance, Mental Heath, Soft Skill Training, Mentorship, and Job placements amongst others have been on its front burner and we will continue to address these issues. Indeed, the perennial issue of remuneration of lawyers which the NBA NEC during the Olumide Akpata administration addressed by approving a comprehensive report is receiving attention from the NBA Lagos Branch and the Branch Executive Committee has resolved to recommend that the Branch should set up a TaskForce on Monday 14/11/22 to adopt and implement the new remuneration regime which will largely change the face of the legal profession.

Our assurance to Mr. Akinlade (and any who may share his unfortunate views) is that the NBA Lagos Branch will continue to raise the Bar and do its best to ameliorate the societal issues bedeviling the Legal Profession.