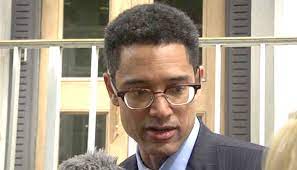 Spiva, who headed Perkins Coie’s D.C. office, where he was a litigator, said in November he would run as a Democrat to replace current D.C. Attorney General Karl Racine, who isn’t seeking a third term.

“He had always planned to leave Perkins as the election got closer in order to turn his full attention to his campaign to represent the people of D.C.,” Spiva campaign representative Alaina Haworth said in a statement.

The primary in largely Democratic D.C is set for June, while the general election will be held in November.

Spiva’s last day at the firm was Monday, according to Perkins Coie, which also confirmed his exit.

Justin Cole, a Perkins Coie representative, said that corporate partner Valerie Dahiya has replaced Spiva as the head of the firm’s D.C. office.

Seattle-founded Perkins Coie has built a substantial presence in the nation’s capital, including a political law practice. The firm has worked with a number of Democratic party clients.

Famed election rights lawyer Marc Elias, Hillary Clinton’s general counsel during her 2016 run for president, is a former partner. He left with a group of Perkins Coie attorneys in August to form a new politics-focused firm.

Spiva has handled cases on congressional redistricting and the First Amendment, as well as securities and antitrust law, according to an archived version of his online Perkins Coie bio.

Schwalb, who serves as partner-in-charge of Venable’s D.C. office, joined the race towards the end of 2021.

Brenna Crombie, a campaign manager for Schwalb, said he does not plan to step down from Venable at this time.

The firm declined to comment on the partners’ departure.