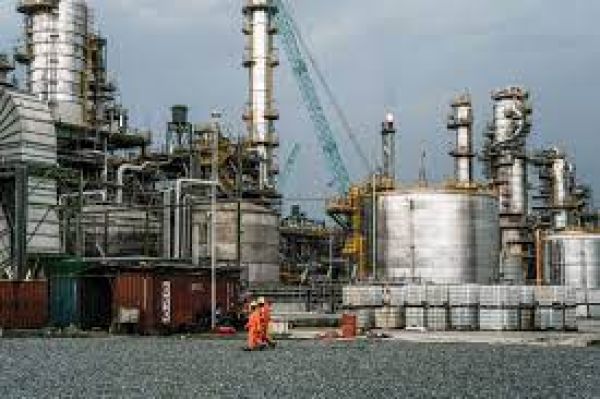 Dangote Group has reacted to reports on the commissioning of its refinery this month.

Reports emerged on Sunday that the multi-billion Naira Dangote refinery would commence operations on January 23.

However, in a chat with journalists in Lagos, one Timilehin Oyedare of Dangote Group’s Digital Communications Unit, Corporate Communications, described the reports as false.

He said no date has been picked for the commissioning of the project.

The Nigerian Midstream and Downstream Petroleum Regulatory Authority (NMDPRA) had last year revealed that the refinery was 97 percent completed.

The Chief Executive of NMDPRA, Farouk Ahmed, stated this when the representatives of the Dangote Refinery visited him in his office in Abuja, to present the facility work plan for 2022/2023.

The Dangote Integrated Refinery and Petrochemicals Complex is located in the Ibeju-Lekki area of Lagos.

2023: I Will Stop Corruption When Elected — Peter Obi