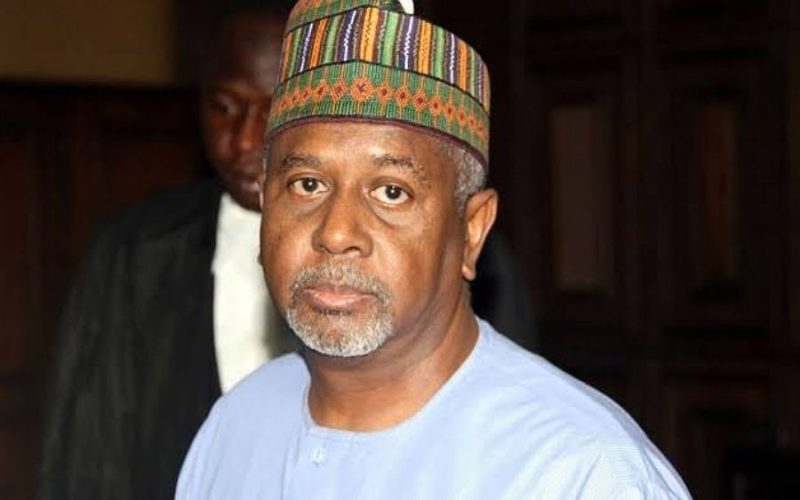 An Abuja division of the Federal High Court has ordered the interim forfeiture of a N90 million worth property belonging to Abubakar Dasuki, son of former National Security Adviser (NSA), Sambo Dasuki.

The property is a seven-bedroom detached duplex with basement and two servant rooms located at House No. D1064 at the Brains and Hammers Estate, Apo, Abuja, which is to be forfeited temporarily to the federal government of Nigeria.

During Wednesday’s proceeding, EFCC’s counsel, Olanrewaju Adeola, moved an ex-parte motion for the interim forfeiture of the property.

He noted that it was brought pursuant to Section 17 of the Advance Fee Fraud and other Fraud Related Offences Act, 2006 and the inherent powers of the court.

Giving grounds why the properties should be forfeited he said “The property as contained in the schedule in respect of which the reliefs are sought is subject matter of investigation and is reasonably suspected to be proceeds of unlawful activity.

“The person under investigation and in whose possession the property was found had agreed to forfeit it to the Federal Government of Nigeria,” among others.

In an affidavit in support of the motion, EFCC in November 2015, it received an intelligence report from the Office of the National Security Adviser (ONSA), alleging payments of huge sums of money to individuals and companies by the past NSA, Col. Sambo Dasuki.

According to EFCC, the money was paid from the accounts of the ONSA between 2012 to 2015 purportedly for contracts awarded to the beneficiaries in which there were no records of any contract.

EFCC averred that its Special Investigation Unit was ordered to conduct an Inquiry into the intelligence report with a view to establishing the veracity of the report or otherwise.

They said Investigation revealed that the N90 million was paid to Brains and Hammers Ltd Fidelity Bank account Number 4010167275 from the account of the ONSA.

The affidavit reads “That further to paragraph 9 above, one Daniel Amos; Director, Business Development, Commercial and Infrastructure with Brains and Hammers Ltd reported to the commission and he volunteered a statement that ninety million naira was received in the Brains and Hammers Fidelity Bank account No. 4010167275.

The money was said to be deposited for the purchase of the property sought to be forfeited.

EFCC averred that it recovered a letter of provisional allocation of the property bearing Abubakar Atiku Dasuki in the course of the investigations.

EFCC consequently prayed the court to grant their relief in the interest of justice.

Justice Nwite granted the reliefs sought by EFCC and ordered it to give a 14-day notice in a national daily and on its website to enable interested person(s) show cause why the property should not be permanently forfeited to the Federal Government.

He then adjourned the matter until July 14 for hearing.