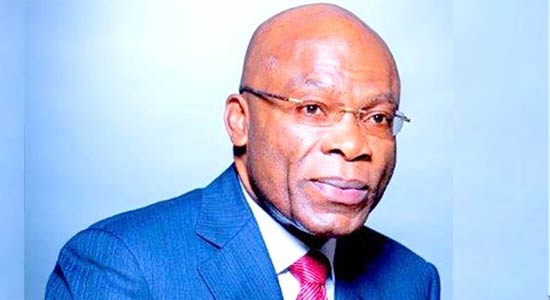 They were accused of defrauding the Federal Inland Revenue Service out of a N170 million contract (FIRS).

This followed a letter dated October 28, 2022, from the Office of the Attorney General of the Federation (AGF) and Minister of Justice, Abubakar Malami, through the Office of the Director of Public Prosecutions of the Federation (DPP) to Falana & Falana withdrawing the fiat earlier granted them in May 2022, and also directing them to immediately withdraw the said charge constituted as FCT/HC/CR/469/2022 leveled against Ekeh and the others, based on the findings that the fiat was obtained on misrepresentation and concealment of material facts by their client, Mr. Benjamin Joseph of Citadel Oracle Concepts Limited.

At the court proceedings yesterday, Mr. Marshall Abubakar, counsel from the firm of Falana & Falana, who appeared for the prosecution, tried to argue against the instruction and sought adjournment despite the clear instruction of the AGF contained in the letter to his firm. However, Mr. Matthew Bukaa, who appeared for Ekeh, and the aforementioned staff of Technology Distributions Limited, opposed the application for adjournment and prayed the court to give effect to the unambiguous directive of the AGF to withdraw the charges.

The trial judge, Honourable Justice C. O Oba, after reviewing the certified true copy of the Attorney General’s letter, agreed with the defence counsel, Bukaa, that there was no legitimate grounds to sustain the charges or grant adjournment and accordingly struck out the charges.

The Attorney General, by a letter dated October 28, 2022, to Falana & Falana withdrew the fiat earlier granted them and directed them to immediately withdraw the charge they filed in court.

The order was issued a few weeks after the AGF discovered that Falana & Falana had omitted important details from their application for the fiat that was ostensibly intended to bring charges against Ekeh and others.

Additionally, it was not made known to the AGF that the Nigerian Police Force Headquarters had, in a thorough final report dated December 1, 2020, cleared Ekeh and all of the aforementioned individuals of any criminal liability in the entire transaction leading to this case, but had instead recommended that Mr. Benjamin Joseph’s trial, which had been ongoing since 2016, be continued instead.