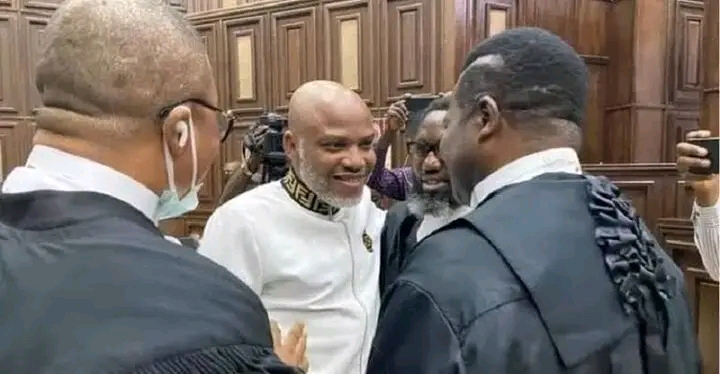 Nnamdi Kanu, the arrested leader of the Indigenous People of Biafra, whose group is prohibited, successfully appealed to the Court of Appeal, which was sitting in Abuja, the Federal Capital Territory, on Thursday.

Additionally, the court freed and freed the troubled group’s leader.

In a suit marked CA/ABJ/CR/625/2022, Kanu applied to be discharged and acquitted.

Kanu’s lawyer and human rights activist, Ifeanyi Ejiofor, confirmed this on his Facebook page on Thursday.